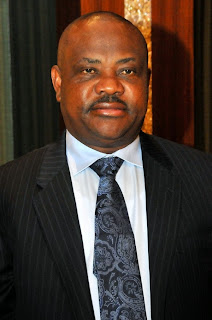 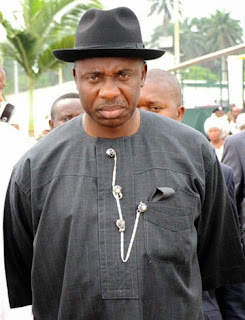 Candidate of the Peoples Democratic Party, PDP, Barr Nyesom Wike was declared winner of last Saturday’s governorship election in Rivers state, polling a total of 1,029,102 votes amounting to 87.77 percent to beat Dr Dakuku Peterside of the All Progressives Congress, APC who had 124,896 votes amounting to 10.65 percent to come a distant second.

However, Governor Rotimi Amaechi has alleged that Wike rigged the election with the help 75 National Youth Service Corps, NYSC, members who were caught thumb-printing ballot papers for a major political party candidates in the private residence of the party chieftain in Tai.


He said the police in the state are planning on doctoring the number of persons arrested in Tai, in a statement by his Chief Press Secretary, Mr. David Iyofor, said
“information just reaching us indicates that the Police in Rivers State want to doctor the statements of about 110 persons arrested for electoral offences and crimes in Tai Local Government of Rivers State during Saturday’s governorship and House of Assembly elections.

“The persons arrested include 75 National Youth Service Corps, NYSC, members who are adhoc staff of the Independent National Electoral Commission, INEC. They were arrested with the electoral materials of about 9 wards by Mopol 56 in Rivers State.

“They were caught thumb-printing ballot papers for a major political party candidates in the private residence of the party chieftain in Tai.

“We have been reliably informed that the police now want to doctor their statements, in a bid to exonerate the culprits caught thumb-printing ballot paper