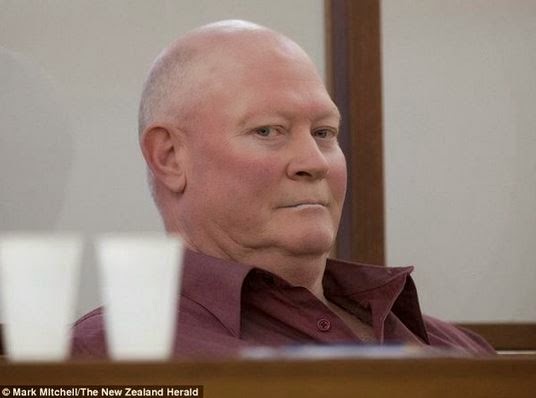 New Zealander Philip Lyle Hansen, 56, who has pleaded not guilty to 11 charges claims he was just trying to ‘help’ them.

A woman, 47, who was in a relationship with Hansen during the 1990s told the court she never consented to Hansen pulling out her teeth but was too ‘afraid’ to say anything.

New Zealand Herald reports that,Crown prosecutor Sally Carter talked about Hansen's ‘fascination or obsession with them [women] not having any teeth’.He liked his women without teeth,’

The court watched a video form 2012 of the woman talking about how Hansen allegedly held her against a car door and removed six of her bottom teeth, using an oily rag to stop the bleeding, during sex.She later had all her teeth removed and replaced with dentures, but when her wisdom teeth started coming through Hansen allegedly removed them with a screwdriver.


‘He had a screwdriver in his hand, he then tilted my head back... after that he had grabbed the screwdriver and started digging at the back of my gums to try and get out these wisdom teeth,’ she said in the video.

During cross-examination his defence lawyer Mike Antunovic said the woman had let Hansen pull out six teeth from her lower jaw and that Hansen was just trying to help the women, not hurt them.

‘No,’ replied the woman, who said she had been drinking that night but was not heavily intoxicated.

The lawyer said the woman had not objected to Hansen extracting her teeth with pliers.
‘You opened your mouth to allow him to put the pliers in,’ said Mr Antunovic.

‘I would not just freely open my mouth to a pair of pliers,’ said the woman.
Well, you didn't shut your mouth. You didn't tell him to stop,’ said the lawyer.
The woman told the court she couldn't, saying

Mr Antunovic suggested Hansen had been trying to help the woman when he tried to remove her emerging wisdom teeth with a screwdriver after she complained about the problems they were causing her.


‘Do you think Philip was trying to help you, in his own way?’ he said.