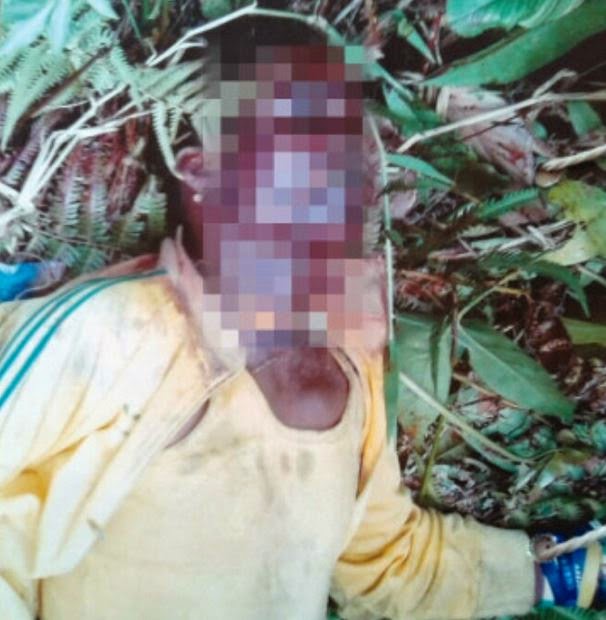 Detectives at the State Department of Criminal Investigation, Lagos State, are on the trail of killers of a jogger who was murdered in the Morogbo, Badagry area of Lagos State.

PUNCH Metro learnt that the yet-to-be-identified victim was stabbed in the stomach and jaw.


His corpse was said to have been abandoned in a bush near Igborosun village.

Our correspondent learnt that a 50-year-old pastor, Stephen Hensu, alerted policemen from the Morogbo division to the incident.

The cleric, in his statement to the police, said he was at a church meeting when his wife called him on the telephone and told him that a corpse had been dumped in their area.

He said, “On the day of the incident, February 26, 2015 around 9am, I left my church for a meeting of the shepherds at Araromi.

“While I was there, I received a phone call from my wife informing me that some people coming from Igborosun village saw a corpse in a bush in our area.”

He said around 11am, he left the meeting for the police station to inform the police.

Hensu, a Badagry, Lagos State indigene, said he did not know how the victim was killed, adding that the corpse was not there when he passed the area in the morning.

It was learnt that the police spoke with people living around the area in a bid to find the relatives of the victim.

Their efforts were said to be abortive.

A police source told our correspondent that initial investigation suggested that the deceased was killed by people known to him.

The source said, “Looking at the corpse shows that the man was a sportsman and he was out jogging that morning when he was attacked and killed.

“He was killed and his corpse dumped in the bush.

“He had deep cuts in his jaw and stomach. Nobody knows his name and none of his family members has come forward to identify him, which will help us in investigations.”

It was learnt that the remains of the victim had been deposited in a mortuary in Badagry.

The Police Public Relations Officer, Kenneth Nwosu, had yet to reply to a text message sent to him as of press time.