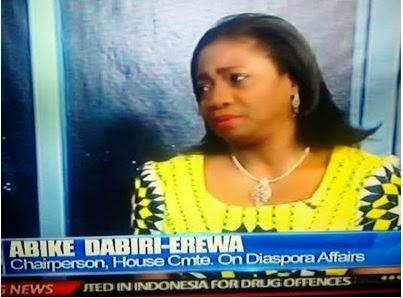 The Chairperson House Committee on Diaspora matters, Abike Dabiri-Erewa said their are more Nigerians waiting to be executed in Indonesia. Speaking on Channels TV News at 10 last night, Hon Abike said a federal government delegation in which she was part of in 2008 visited Indonesia and found there were 21 Nigerians who were on death row in Indonesia for drug related offenses. She said nothing can be done as its the law in Indonesia. She said every 5m you walk, a sign is displayed saying the penalty for drug trafficking is death.