My Wife Beats Me too Much – Husband Cries out in Lagos 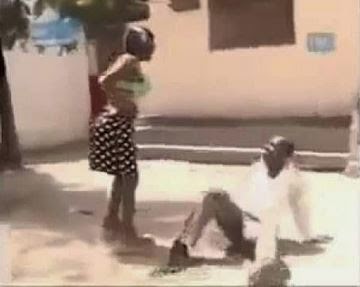 What a man can do, a woman can do better; even when it has to do with throwing punches?

A 55-year-old retired civil servant, Mr Emmanuel Osuya, has asked an Igando Customary Court in Lagos to dissolve his 32-year-old marriage over alleged battering by his wife. Osuya told the court on Wednesday that his wife, Abigeal Osuya, 50, had turned him into a punching bag.

He said she always beat him on any slight provocation. Funny enough, Osuya told the court that his wife always threatened his life through battery that he was afraid she may kill him one day.

In the words of the husband: “My wife wants to kill me; she beat me almost every day with dangerous weapons. On three occasions, she broke my leg, preventing me from going out for days."

Osuya also accused his wife of turning his children against him, thereby making them to hate him.

“Abigeal succeeded in creating enmity between me and my children, she tells them false and damaging stories about me in order to hate me.

“So my children only care for her by sending her money and other items every month, without extending their love to me, they always ignore me as if I do not exist," Osuya said.

He described his wife as a thief. He said that she always stole his money, rendering him financially broke.

“I cannot keep money at home again because my wife will steal it."

He appealed to the court to dissolve the marriage, saying that "I am no longer interested in the marriage, I don’t want to die now, more so that I am out of love."