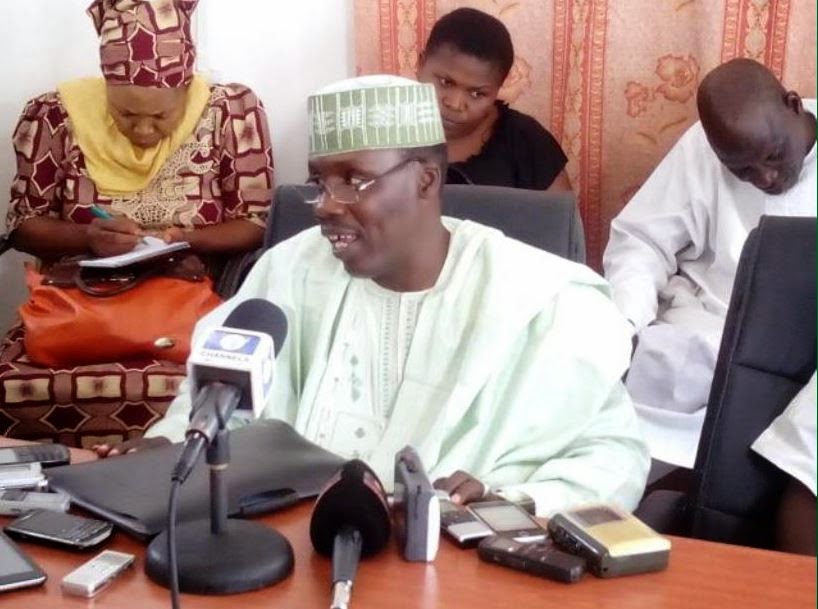 A pastor, Kallamu Dikwa, on Tuesday threatened to sue the State Security Service for alleged violation of his fundamental human rights.

Mr. Dikwa lamented that his ordeal at the SSS started at the beginning of the year when he publicly alleged that the Christian Association of Nigeria received N7 billion from the Goodluck Jonathan administration to garner support among the Christian community for the re-election of Mr. Jonathan.

The Borno pastor petitioned the SSS Director General, Ita Ekpenyong, through his lawyers from the Right And Democracy Volunteers.

He reminded Mr. Ekpenyong of how SSS officials stripped him and forced him to make statement under duress.

“On the 16th March, 2015, Pastor Dikwa returned to the DSS headquarter with his lawyers in Abuja under their invitation through one Mr. Paul,” the petition stated. “The lawyer was denied being present during the chat. The interrogation officers, Felix and Tony stripped the pastor naked and ordered him to make a statement under duress when they ordered him to copy verbatim a statement scripted by the DSS.”

A copy of the petition, made available to journalists in Kaduna, informed the SSS that the constitution of Nigeria guaranteed Mr. Dikwa’s inalienable rights, including the right to freedom of expression, respect to the dignity of his person, and right to liberty which were conveniently violated by the SSS.

The lawyers demanded an apology and compensation as enshrined in Chapter 4 of the constitution.

“In this circumstances, we believe that Pastor Dikwa is entitled to N300 million compensation and a guarantee that he would no more be intimidated or harassed by operatives of the SSS without regard to the laws of this country,” the petition said.


“Having regard to the exigency of the situation, we have instructed our legal team to proceed to file a court action to protect the fundamental rights of Pastor Dikwa if after seven days hereof the SSS in its wisdom fails to remediate the matter in compliance with the petition.

” Pastor Dikwa may be a lone victim of circumstances, but he shall not be alone in fighting this violation of his rights.”