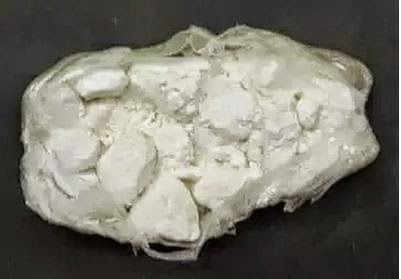 NDLEA has arrested two Nigerian men, age 59 and 47, travelling to New York and London respectively, before they were busted by the men of the National Drug Law Enforcement Agency. 59-year old Sunday Ojo says he is married to two wives and also in debt and needed the money they promised him to clear his debt.

On 47-year old, Obinna Igwebuike’s part he needed money to invest more into his electronic business in Alaba and also needed money to take care of his wife and two kids. What is more heartbreaking is that the money offered to these men is not the kind of money anyone should risk his or her life for. Sunday was offered N2m while Obinna was offered N1m, it is just so heart breaking. It shows things are not right with Nigeria. If elderly family men have no choice than resort to this, knowing it consequences, then their country has failed them. We pray General Buhari will keep to his promises and make Nigeria a better place. Anyway enough of my sermon, read the full story after the cut.

The National Drug Law Enforcement Agency has arrested a US-bound passenger who ingested over one kilogramme of heroin at the Murtala Mohammed International Airport, in Lagos.

Sunday Ojo, 59, an Ondo-based timber merchant, was caught with 1.090 kilogrammes of heroin during the outward screening of passengers on a Delta Airline flight to New York, the NDLEA said in a statement Tuesday.

The last arrest of a suspect leaving Nigeria to the United States at the Lagos airport was in May 2012 when one Emeka Orji was apprehended with 1.250 kilogramme of heroin.

During interrogation, Mr. Ojo said that his involvement in drug trafficking was due to financial hardship.

“I am married to two wives with five children. My problem started in 2013 when I lost two million naira to fraudsters,” he said.

“In the process I became indebted and had been running from pillar to post without any solution. A young man introduced me into drug trafficking in order for me to pay my debts.


“Initially, I dismissed the suggestion but when my condition is not getting better, I decided to take the risk. The ten thousand dollars they promised me would have gone a long way in solving my problem. This is my first time of smuggling drugs.”

The NDLEA said it also arrested another suspected drug trafficker, Obinna Igwebuike, on a Virgin Atlantic flight to London Heathrow.

Mr. Igwebuike, 47, allegedly inserted six wraps of cocaine in his anus and ingested the remaining six wraps weighing a total of 335 grammes.

The last arrest of a drug trafficker on the Lagos – United Kingdom route was in October 2014 when one Chidi Onyechesi was found with 25 grammes of cocaine on an Air France flight to Scotland.

In 2013, one Vitus Uzobude was arrested with 1.815 kilogrammes of cocaine on a British Airways flight to London.

In his statement, Mr. Igweibuike said that he would have made a million naira from drug trafficking.

“I sell electronics at Alaba market in Lagos. I agreed to smuggle drugs because I would have made a million naira to invest in my business,” he said.

“I also needed money to take care of my family. I am married with two children.”

The NDLEA said that the drastic reduction in the arrests of drug couriers to the US and UK is due to extra vigilance and mutual cooperation between Nigeria and the two countries.

“It is gladdening that the number of arrests has reduced on the United States and United Kingdom routes. We are working very hard to replicate similar feats on other routes,” said Ahmadu Giade, NDLEA’s Chairman.

“We have a feedback mechanism where arrest made on flights from Nigeria to the US and UK is communicated to us.”

The agency said that the suspects will be charged to court soon.