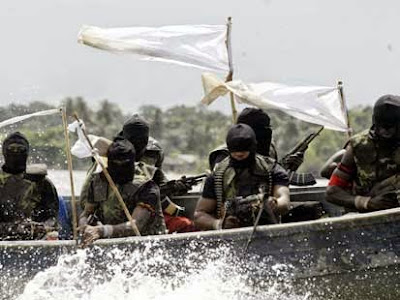 A Niger Delta militant group identified as Urhobo Gbagbako, has blown up the NPDC Oil pipelines at Ighrenene, Afiesere and Ekiugbo communities in Delta State. In an email sent to reporters claiming responsibility for the bombing which occurred yesterday April 2nd, the spokesperson of the group, Priest Omodjuvwu, said the group, which consist of ex-militants, men, women and children of Urhobo origin, decided to blow up the oil pipeline following the continued neglect of the Urhobo militants in the pipelines protection contracts offered to ex-militants from other ethnic groups.

Spokesperson of the militant group, Mr Omdjuvwu said they decided to blow up the pipeline to draw government attention and demand to be included in the pipeline protection contracts.

"We have now resumed attack on the NPDC pipeline facilities on a massive scale, which scale of bombings shall be unprecedented,” the email read.