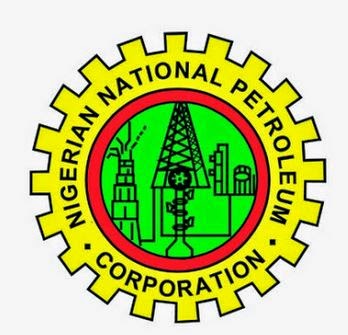 The just released audit report by PricewaterHouse Coopers PWC on the financial management of the NNPC has revealed that there were many cases of duplicated subsidy payment by the NNPC to many oil marketers between 2012 and 2013.

According to the report, payment of subsidies for petrol (PMS) and kerosene (DPK) between January 2012 and July 2013 when investigated had a difference of $980 million (about N195 billion) due to duplicated payments.

“Our review of the subsidy documentation revealed that the subsidy due to NNPC between January 2012 and July 2013 on PMS and DPK import was $8.99billion compared to the $9.97 billion stated by the Reconciliation Committee.

The difference was due to the following: Exclusion of October 2011-December 2011 subsidy claims of $1.2billion. This does not relate to the review period of January 2012 to July 2013; $0.13billion increase in PMS subsidy claimed for the 19 months period, $0.09billion increase in DPK subsidy claimed for the 19 months period; duplicated discharges noted in subsidy computations Our examination of the PMS and DPK import verified by PPPRA revealed that some discharges were apparently verified and subsidy advised to NNPC more than once,” the report stated.

According to Leadership, the report showed NNPC spent $18.53billion (or N3.65 trillion) as operational costs without a duly approved budgetary allocation. The report also indicated that the total gross revenues generated from the federal government crude oil lifting between January 1, 2012 and July 31, 2013 was $69.34 billion and not $67 billion as earlier stated by the federal government’s Reconciliation Committee.

The report also stated it was unable to verify the exact unremitted revenues accruing to the Federation Accounts as it did not have access to NPDC’s full account. The Nigerian Petroleum Development Company is a subsidiary of the NNPC. “We did not have access to NPDC’s full accounts and records and we have not ascertained the amount of costs and expenses which should be applied to the US$5.11billion Crude Oil revenue (net of royalties and PPT paid) per the NPDC submission to the Senate Committee which should be considered as dividend payment by NPDC to NNPC for ultimate remittance to the Federation Account.

Between 12 January and 29 January 2015, NNPC provided transaction documents representing additional costs of $2.81 billion related to the review period, citing the NNPC Act LFN No 33 of 1977 that allows such deductions. Clarity is required on whether such deductions should be made by NNPC as a first-line charge before remitting the net proceeds of domestic crude to the Federation Accounts. If these are deemed not to be valid deductions, then the amount due from NNPC would be estimated at $2.07 billion (without considering expected known remittances from NPDC) or $4.29 billion (if expected known remittances from NPDC are considered).”

The forensic audit became necessary following a letter in September 2013 by the former governor of the Central Bank of Nigeria (CBN), Sanusi Lamido Sanusi, to President Goodluck Jonathan stating that from January 2012 to July 2013, NNPC lifted $65 billion worth of crude on behalf of the federal government but remitted only $15.2 billion into the Federation Accounts, with $49.8 billion as outstanding to the federal government. On December 13, 2013, the NNPC responded that no money was missing.

A Reconciliation Committee comprising representatives of the CBN, NNPC, Department of Petroleum Resources (DPR), Federal Inland Revenue Service (FIRS), Office of the Accountant General (OAGF), the Budget Office of the Federation, Federal Ministry of Finance and the Federal Ministry of Petroleum Resources was set up On December 18, 2013, the Reconciliation Committee, in its report, estimated the unremitted funds at $10.8 billion while the CBN said it was $12 billion.

The CBN on February 4, 2014 informed the Senate Committee on Finance that the NNPC needed to account for $20 billion as the CBN could only confirm receipt of $47 billion of $67 billion revenue. On February 13, 2014, the NNPC provided explanations of the $20 billion shortfall while the finance minister and coordinating minister for the economy recommended an independent forensic audit. On June 5, 2014, PwC was appointed by the office of the Auditor General of the Federation (OAuGF) to conduct a forensic audit into the allegations