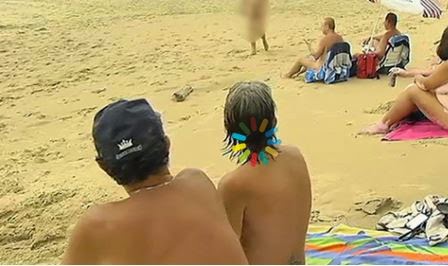 Wonders shall never end. Over 100 naturists are expected to bare all to mark the opening of South Africa’s first official nud-ist beach on Saturday.

Mpenjati Beach in Trafalgar on KwaZulu-Natal’s South Coast was officially given the thumbs-up for bathers to dress down by the Hibiscus Coast Municipality (HCM) in October.

The controversial decision led to concerned residents beating their breasts in disapproval.

They had even lodged an appeal, with the matter now awaiting final review. Serge Pavlovic of the KwaZulu-Natal Naturists’ Association (KZNNA) said since council has not yet decided on the request to rescind its decision to approve the nud-ist friendly beach, the opening would go ahead.

Hmmm...there you have it, South Africa now has its first Nud-ist beach.