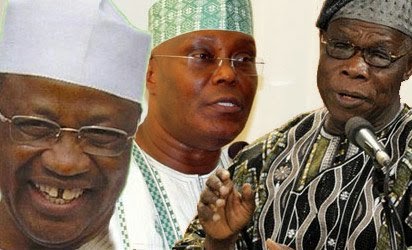 Describing the election as a test for Nigeria’s democracy, Obasanjo urged the president-elect, to bring about radical transformation.

“On this occasion, the system has been unnecessarily overheated before and particularly during the campaigns when emphasis was more on trivialities and hate, divisive, undignifying and disrespectful statements and comments rather than on pressing issues requiring attention,” he said.

“With so much harm already done to many national institutions including the military, which proudly nurtured you and me, you will have a lot to do on institution reform – education, healthcare, economy, security, infrastructure, power, youth employment, agri-business, oil and gas, external affairs, cohesiveness of our nation and ridding our land of corruption.”

On his part Babangida said Buhari’s emergence is an attestation to the power wielded by the people.
“Nigeria has once again recorded another milestone in her march through the enviable ladder of democracy,” he said.

“This victory to me conveys two significant statements on our political history and evolution. First; that incumbents can be defeated in any democratic process if the people’s aspirations are not fulfilled. Second, that there is good reward for perseverance and hard work.

“I trust that the president-elect will live up to the expectations of many Nigerians that crave for change; and lift Nigeria to greater heights.”

Atiku said Buhari’s victory has not only elected the first opposition party into federal power, but also set a precedent which will have positive implications for democracy across Africa.