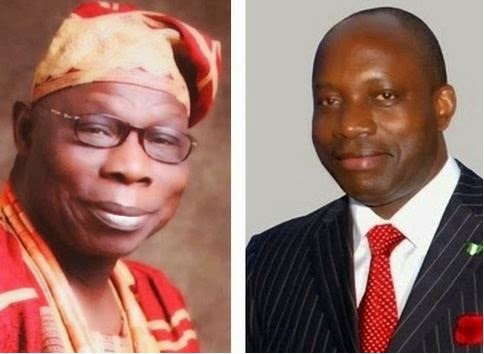 General Muhammadu Buhari's victory in the historic March 28th presidential elections have turned the political structures of the PDP on its head in a manner that marveled many within the country.

Ex-CBN Governor, Charles Soludo is said to have been presented by President Olusegun Obasanjo as the new Minister of Finance for the Buhari administration. But some APC big men are not happy...

Soludo had served as a member of the economic team for the Obasanjo administration prior to becoming the governor of the CBN.

Soludo’s presentation to the incoming administration as the likely minister of finance is reported to have raised eyebrows within the inner circles of the APC – who explained that Soludo remains a card carrying member of the All Progressive Grand Alliance, APGA, a party that hates the APC with passion. They complained that Soludo cannot be allowed to reap where he did not sow. But Soludo is not really an APGA man, he only went to Anambra to contest governorship election and has since left.

It is also believed that APC national leader, Asiwaju Bola Tinubu is not comfortable with Soludo but since he has a lot of respect for Obasanjo, he is open to further discussion ahead of May 29.

They have even be handed over they have start fixing power! Na Nigeria cause this with their hands.