PDP defectors will return from APC with empty stomachs – GEJ 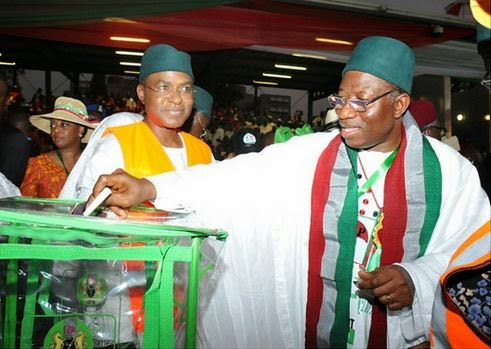 President Goodluck Jonathan has commented on the rate at which members of the Peoples Democratic Party have defected to the All Progressives Congress.

The President says that the PDP members who switched allegiance to the APC after he lost the presidential election, would eventually return with empty stomach.

Jonathan made the statement after receiving the report of the PDP Presidential Campaign Organisation at the Presidential Villa, Abuja.

He said the leaders of the new-ruling party should first take care of their original members before accommodating defectors.

Furthermore, the President stated that food may have finished in the APC before the defectors get to eat.