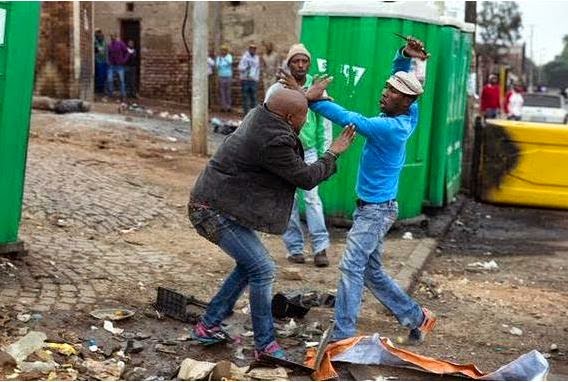 People stood by while a Mozambican man, Emmanuel Sithole, was cornered, stabbed in the heart and left to die. This happened yesterday in Johannesburg and yes, he died from his wounds. Killed just for being from another African country.. and the story told by the journalist who witnessed this brutal stabbing is heartbreaking! See more photos and read the full story from Times Live after the cut...


The brutal death of Emmanuel Sithole
As told by Beauregard Tromp and James Oatway for Timeslive.co.za

Shortly before 7am yesterday April 18th, Sunday Times journalists were in Alexandra township, near Sandton, speaking to shop owners who had their businesses looted overnight. Children played, people walked the streets, some stopped to gawk at the carnage from the night before. Then this happened ... 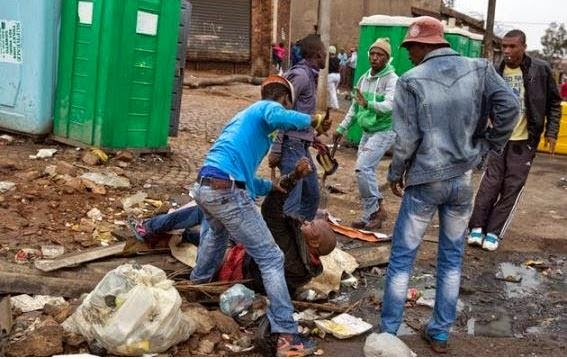 In a gutter in Alexandra a Mozambican man stopped and lay down. The gash to his chest meant he could go no further.

At the day clinic less than 100m away they could not help him. The doctor scheduled to be on duty did not show up because he was a foreigner and feared being a victim of xenophobia.

It began on Friday night when mobs blockaded Arkwright Avenue, one of the main thoroughfares in Alexandra, with rubble and burning tyres. Foreign-owned shops' roofs were ripped open and metal gates torn away as looters went on the rampage. 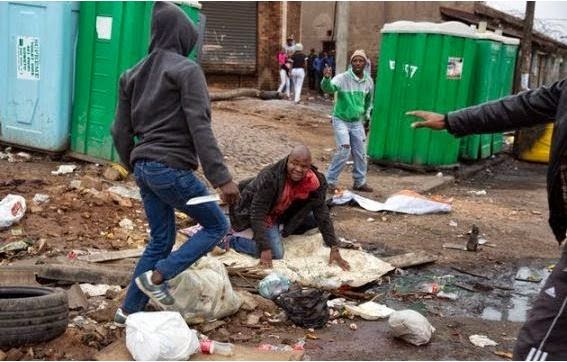 Outside one spaza shop, a man in a black corduroy jacket and red shirt was walking along the road.

Suddenly a young man dressed in a grey tracksuit jacket beat him over the head with a wrench. The red-shirt man tried to fend off the blows, his arms raised. He stumbled back, falling into rubbish strewn by the roadside. The blows with the wrench rained down. Then the bludgeoning stopped and the man with the wrench moved away.

"Are we safe here?" asked a South African woman watching the attack. 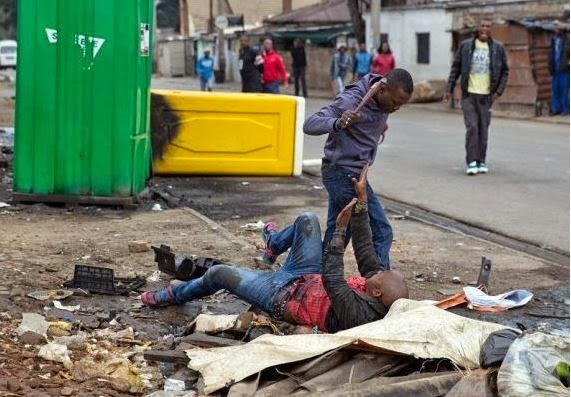 The two grappled and fell to the floor. The man with the wrench returned. Finally, a lanky young man sprinted towards the man among the rubbish, kicking him in the head. The young man pulled a butcher's knife. A man in a black leather jacket who had discouraged the attack grabbed the wrist with the butcher's knife. The attackers fled. 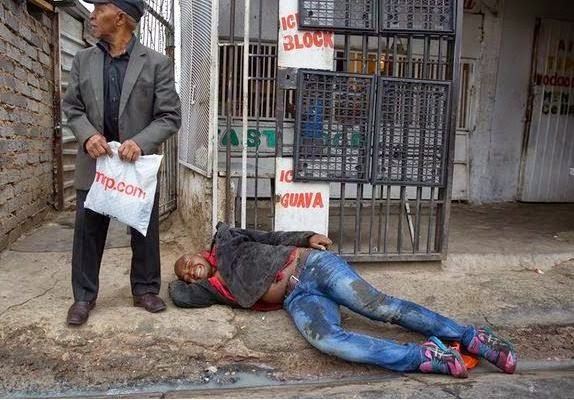 The red-shirt man tried to get up but fell. Finally he made it to his feet. Feebly, he walked up the road.

Do you know why they attacked you? Who are you? Where are you from, we asked him.

He turned his head towards the questions fired at him, his face pleading. He said nothing. His shirt was drenched, a 2cm gash in his chest.

Metres further he stumbled and lay down in the gutter. He struggled to sit up and fell down

"Help me get him into the car. Help me, please," said photographer James Oatway, looking around at the men gathered around him. One stepped forward, reluctantly.

Up the road, at Alexandra Day Clinic, nurses did what they could. There was no doctor; he would have to be taken to Edenvale Hospital.

Along the way the man was flailing wildly, sitting up, lying down, wincing with pain. The wound to his chest was gushing now. 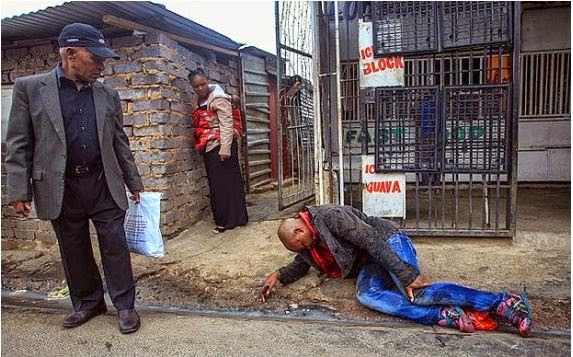 At Edenvale Hospital a lone gurney stood at the entrance. The porters sat in a room with tinted windows. Oatway pleaded for help. The man in the car was critical, he said.

Slowly one porter rose and scribbled in a book. Then the other, both now ambling towards the hospital entrance. Inside the car the red-shirt man looked lifeless.

"He's dead. We can't take him," one porter pronounced.

There was no pulse. Then a gag reflex. He's alive.

Inside the ICU, doctors compressed his chest, massaging his heart. After nearly seven minutes a ventilator was used. Shortly after 9am Emmanuel Sithole was pronounced dead. He was Mozambican. The stab wound to his chest had penetrated his heart.

In his pockets, R285 and 10c in change and a cellphone. His phone would ensure he did not die nameless.

On his wrist, three armbands read: "United for Bafana." 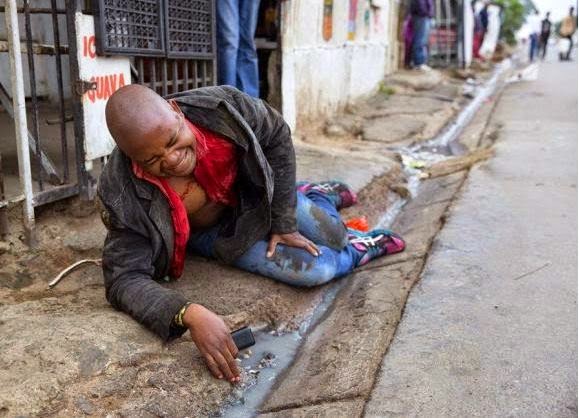 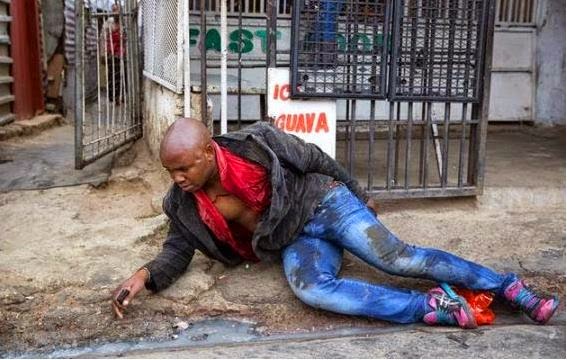