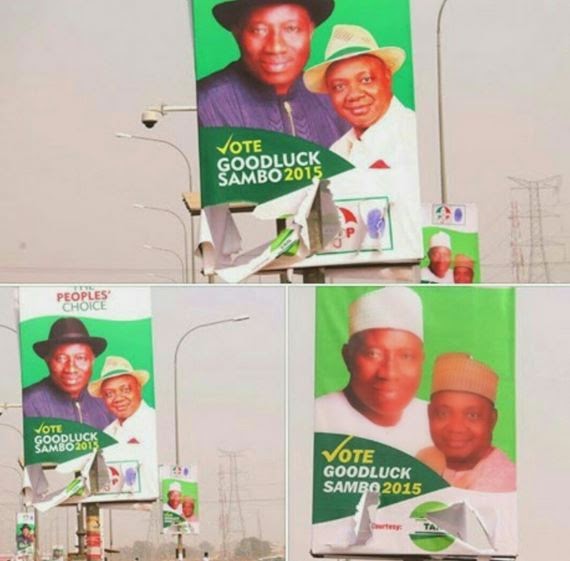 With the 2015 presidential elections now concluded and the country preparing for the inauguration of a new administration on May 29, President Goodluck Jonathan believes that it is appropriate that steps be taken to restore the environment in Nigerian cities, towns and villages to their pre-elections campaign state.

Accordingly, President Jonathan directs that the PDP Presidential Campaign Organisation and the various associations that coalesced into the Jonathan/Sambo Support Group immediately begin the process of removing the posters, billboards, banners, signs and other campaign materials in support of his re-election bid which still adorn the landscape in major cities across the country.

The President thanks all individuals and organisations who made sincere contributions and worked with immense dedication for the Jonathan/ Sambo Campaign.

He applauds his supporters and other Nigerians for the disciplined, patriotic and democratic manner in which they comported themselves before, during and after the elections.

Now that the elections are over except for re-runs in a few states, President Jonathan urges Nigerians to put the recent political campaigns behind them and join hands with the incoming administration in working for a more united, peaceful, stable and progressive nation.