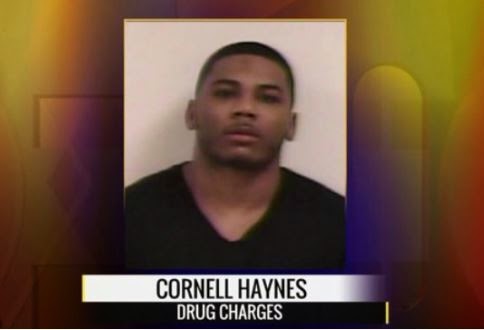 Rapper Nelly was arrested yesterday morning April 11th on felony drug charges in Tennessee after a state trooper stopped his tour bus for not having the correct ID stickers. The troopers noticed the smell of marijuana when they stopped the bus and then proceeded to search it. The search uncovered marijuana, meth, as well as multiple handguns. Nelly and one of the other five people in the bus were immediately arrested.

See the official statement about the arrest from the Tennessee Department of Safety and Homeland Security after the cut...
A Tennessee state trooper arrested internationally known hip-hop artist “Nelly” on felony drug charges in Putnam County on Saturday morning. Nelly, whose real name is Cornell Haynes, was charged with felony possession of drugs, simple possession of marijuana and possession of drug paraphernalia. 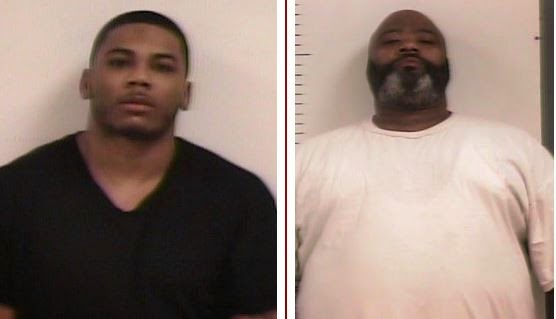 At approximately 9:20 a.m. on Saturday, Trooper Michael Loftis stopped a Prevost motor coach bus on Interstate 40 near the 275 mile marker for failure to display a U.S. Department of Transportation (DOT) and International Fuel Tax Association (IFTA) sticker on the vehicle. The investigating trooper planned to conduct an inspection on the bus when he noticed an odor of marijuana emitting from the vehicle.

Trooper Loftis, assisted by THP Sgt. Donald Jennings, then conducted a probable cause search of the bus. The troopers discovered in the sleeper area a plastic bag that contained five colored crystal-type rocks that tested positive for methamphetamine, as well as a small amount of marijuana and other drug paraphernalia.

Further investigation revealed approximately 100 small Ziploc bags that are commonly associated with the sale of narcotics and numerous handguns, including a gold-plated 50-caliber Desert Eagle pistol, a 45-caliber Tarus pistol, and a 500 magnum Smith and Wesson.

The bus was occupied by six subjects, one of whom was identified as Brian Jones, 44, of St. Louis, Missouri. Mr. Jones, a convicted felon, was also in possession of a handgun and was charged accordingly. Nelly, 40, also of St. Louis, Missouri and Jones, who were traveling to St. Louis when the traffic stop occurred, were transported to the Putnam County Jail.

The weapons and drugs were seized in accordance with state law.