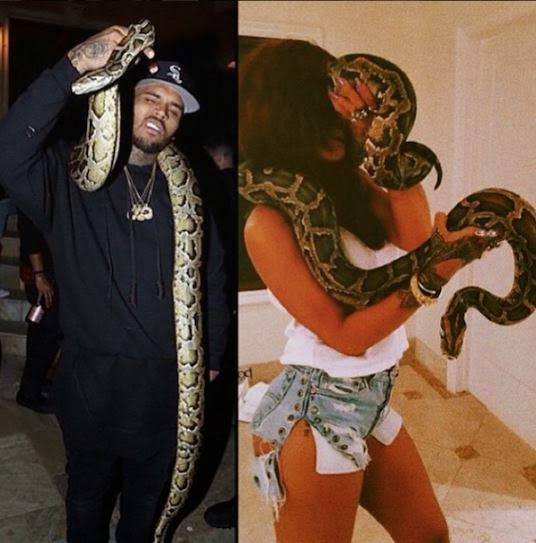 There have been recent rumours Rihanna and Chris Brown have been hooking up secretly..Reports say the met at a Coachella VIP party and things kicked off again.Coincidentally, they were both at rapper Travis Scott’s 23rd ‘Rodeo’ themed birthday party alongside the likes of Kanye West, French Montana, Kanye West.

They weren't photographed together but they posed with the same snake at the party ..Atleast they both share something in common,,,They love snakes..