"Save Us From Xenophobic Attacks", Nigerians in South Africa Urge Federal Government [PHOTOS] 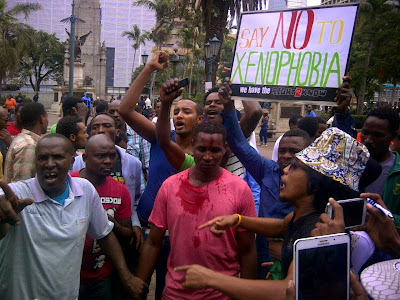 Anyene said during the attacks in Johannesburg last week, shops owned by Nigerians were looted and their owners seriously injured by the attackers. He said the Nigerian Union in South Africa had been in touch with local chapters in some provinces and had urged them to take precautionary measures to save themselves. 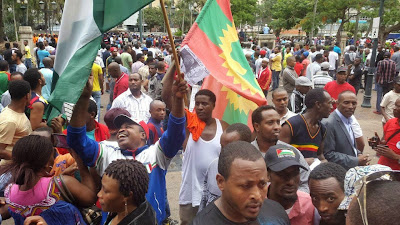 Anyene said that since Nigeria and South Africa established diplomatic relations, there had not been a single incident of xenophobic attack against South Africans living in Nigeria.


"The Nigerian government protects the lives and property of South Africans living in Nigeria.
"We do not understand why from time to time, South Africans attack Nigerians in their country. 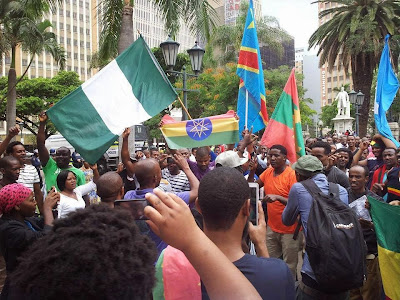