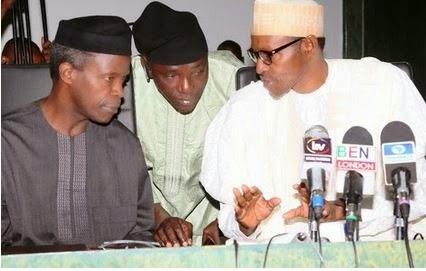 A member of National Executive Council of the All Progressives Congress, APC, has revealed that the South-East would not produce any of the principal officers in the Muhammadu Buhari administration.

The NEC member said the inability of the region to produce a senator or a member of the House of Representatives in the April 11 elections shut out the zone from producing any principal officer.

He said, “The national leader of the APC, Asiwaju Tinubu, has gone to the US. He will also be in London. If Senator Chris Ngige had won his election into the Senate, he would have been an automatic candidate for the senate presidency.

“There’s no way a PDP senator or federal lawmaker would be selected for any of the principal posts which include the senate presidency, deputy senate presidency, speaker and deputy speaker. You cannot be a senate president or speaker if you are not a ranking member of the leading party in the House.”

The NEC member, who spoke on condition of anonymity, explained that the idea of picking a PDP senator-elect or House of Representatives-elect as a principal officer for APC is impossible.

Also, the Governorship candidate of APGA for the April 25 re-run election in Abia State, Dr. Alex Otti, made a surprise appearance at the APC national secretariat in Abuja to plead for cooperation.