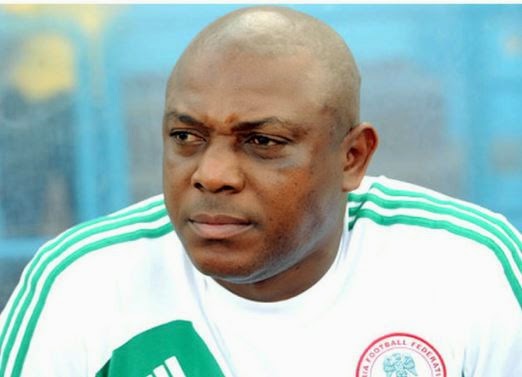 Stephen Keshi has been re-appointed as Nigeria coach on a two-year contract after 10 months of uncertainty over his future with the Super Eagles.

The 53-year-old signed the contract in Abuja on Tuesday following days of speculation over the decision of the Nigeria Football Federation to hand him the job.

Keshi’s previous contract ended after the World Cup in Brazil, where he took Nigeria to the second round as they lost to France in Brasilia.

He had been asked to work on a per-game basis during the country’s ill-fated qualifying campaign for the 2015 Africa Cup of Nations.

That failure had threatened to derail his odds of keeping the job but pressure from the government ensured that he was the only candidate interviewed by the NFF, some of whose members threatened to resign if he was given the job.

Keshi, a former captain of the Super Eagles, led the team to win the 2013 Africa Cup of Nations, 19 years after he last lifted it as a player.

His contract is expected to last till 2017 and would be determined by success or otherwise in the Afcon qualifiers and the tournament in Gabon.

He has also been kept on a tighter leash as he is expected to take decisions under the supervision of the Technical Committee of the NFF.

Meanwhile, Keshi’s third spell in charge will see a few changes in his backroom staff as former assistant coach Daniel Amokachi has been dropped.

His place will be taken up by former Kano Pillars coach Salisu Yusuf.