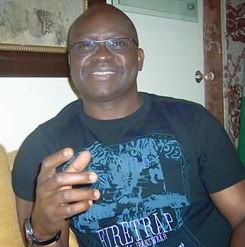 The Supreme Court has upheld the election of Governor Ayo Fayose of Ekiti state and dismissed the petition against him. At a ruling this morning April 13th, a 7-man panel led by Justice John Fabiyi dismissed all the grounds of appeal filed by the petitioner, APC members in the state House of Assembly, who argued that Governor Fayose was not eligible to contest following his impeachment from office during his first administration.

Delivering judgement, the court held that while impeachment was not a ground of disqualification ‎from contesting as governor, the panel which recommended Fayose for impeachment on October 16, 2006, was illegally and unconstitutionally constituted.

The court also ruled that allegations of certificate forgery is not substantive as the HND certificate Fayose presented when he signified interest to run for Governor was genuinely earned and was awarded to him. Regarding allegations of the use of the military by Fayose to intimidate APC supporters during the June 2014 governorship election, the Supreme Court ruled that the Chief of Defence Staff and the Inspector-General of Police, joined as 4th and 5th defendants in the case were not necessary parties.