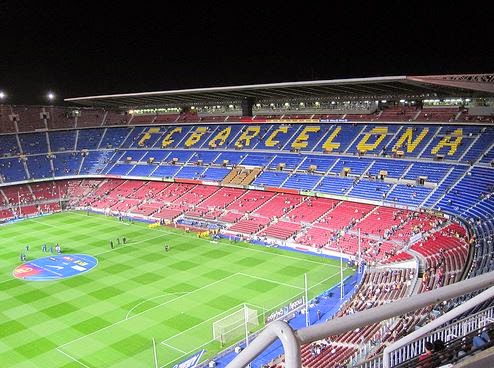 The 17-year-old wrote on social media that he was preparing an attack on the day of the Copa del Rey final between Barcelona and Athletic on May 30.

Spanish police are pressing charges against a 17-year-old who threatened to plant a bomb at the Copa del Rey final between Barcelona and Athletic Club at Camp Nou next month.

The teenager, from the town of Molina de Segura in the region of Murcia, posted several comments on social media in which he claimed he would "let off a bomb" in the showpiece fixture on May 30.

"The National Police have charged a young man who threatened an attack at Camp Nou in the final of the Copa del Rey," an official statement said on Thursday.

"The accused, 17, posted on a social network site several comments relating to the sporting event. In one of them, he claimed he was preparing a set off a bomb on the day of the match."

The police also revealed that the youngster had deleted his profile 24 hours after making the threat on March 25th in order to avoid being identified, but said they were able to track him down as the post went viral on social media at what was considered a particularly sensitive time - just a day after a plane travelling from Barcelona to Dusselforf crashed in the Alps, killing 150 people.