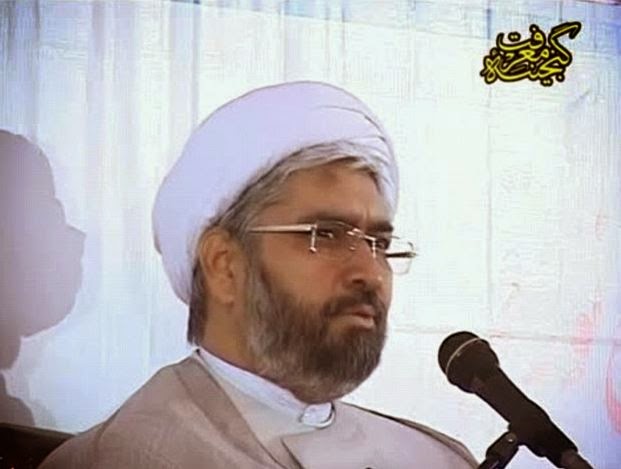 An Iranian cleric is teaching his followers that thinking about another woman while having sex with your wife will make your children gay.

Ayatollah Hossein Dehnavi, a celebrity preacher in Iran, made the speech to a packed auditorium of men and women in his home country.

It is the latest controversial teaching put forward by Dehnavi, who also warned that if women did not wear the hijab - the veil covering the hair and chest - properly, they could inadvertently cause some men to become homosexual.

During another speech, the ayatollah explain that it is not a sin for a man to think about another woman while he is having sex with his partner, but if she becomes pregnant as a result the child will be gay.

Homosexual acts are punishable by death in Iran, with gay and lesbian people forced to hide their sexuality.

Dehavni is a celebrated cleric in Iran, whose speeches on family life and marital affairs are shown on state TV and who people queue up for tickets to see him speak live.

The 53-year-old grandfather has himself been married for 30 years
In other speeches he warns Iranian couples not to have too much sex: '.. only once or twice a week, not every day. Otherwise the wan will become saturated.'

He also suggests paler women wear black underwear and show off the most attractive parts of their bodies - their armpits and chest - to entice their husbands.
By perfecting the art of lovemaking, he suggests, couples will have bigger families with strong Muslim values which will ultimately lead to peace on earth.