Home Gossip News We will unseat Buhari in 2019 – PDP 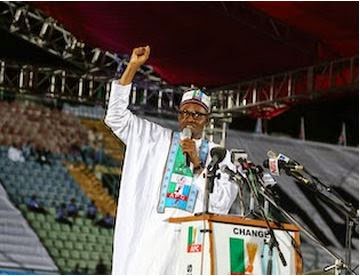 The Peoples Democratic Party, PDP, has waved its defeat at the just concluded general elections behind, saying it would bounce back in 2019.

This position was contained in a joint statement issued at the end of the meeting by the Vice-Chairman of the party in the North-West, Ibrahim Kazaure, and the Benue State Chairman, Emmanuel Agbo.

The statement read in part, “The meeting resolves to give all necessary support to the national leadership of the party under the chairmanship of Adamu Mu’azu to enable them to re-engineer and rebrand the party for the task of regaining power by 2019.

“The meeting notes the outcome of the 2015 general elections and accordingly resolves not to allow the temporary setback affect the party’s contributions to the democratic development of the country.

“The meeting notes and appreciates the patriotic stand taken by President Goodluck Jonathan after the elections as another milestone in the party’s contributions to peace, stability and progress of the nation.”

The statement said that the meeting also decried what it called the “widespread anomalies and irregularities” that it said characterised the general elections in many states to the disadvantage of the PDP.

It added that the party had resolved “to give full backing to the various pursuits of redress in this regard within the ambit of the law and tenets of democracy.”

The party also concluded to resist “undue harassment, witch-hunt and any form of intimidation or undemocratic tendencies from the opposition aimed at bringing down members of the PDP psychologically”.