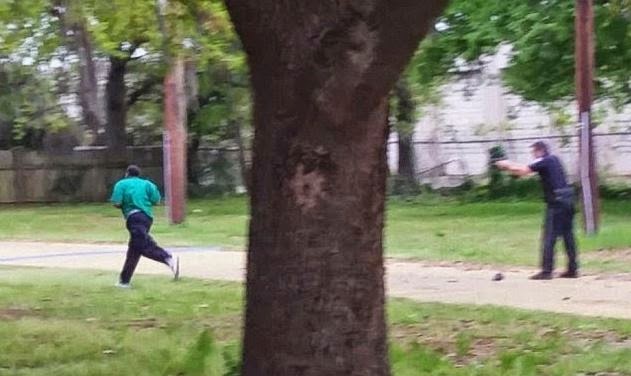 The shocking moment a police officer shot a fleeing unarmed black man five times in the back, then handcuffed his body after he crumpled lifeless on the ground,has been captured on camera..

Officer Slager was arrested, jailed and charged with murder Tuesday afternoon after the incendiary footage emerged. He had previously defended his actions as in line with procedure, and said he 'felt threatened' by Scott.

'This was a cop who felt like he could get away with just shooting anybody that many times in the back.'

Slager has claimed that Scott ran from the stop, at which point he tried to Taser him. The officer claims that Scott managed to wrest the weapon away - prompting him to draw his pistol.

Footage of the the deadly encounter, acquired by the Charleston Post and Courier, begins as Scott is fleeing.

He gets a few yards away before Scott opens fire - seven shots in quick succession, then an eighth.

Scott crumples and falls face-down on a patch of grass. Slager then walks over, shouts at him to put his hands behind his back, then handcuffs him.

A statement initially issued by Slager said that he turned to his gun after Scott wrested the Taser away from him. Slager said he shot Scott because he 'felt threatened' by him.

Under South Carolina law, Slager could be eligible for the death penalty if convicted of murder.

A lawyer for the family today said that the footage shows Slager 'casually' taking Scott's life, and acting as if there would be no repercussions.

'At the moment he turned and ran and was not a threat to anybody else that officer was completely unjustified.'What happened today doesn't happen all the time - what if there was no video?'What if there was no witness - or hero - to come forward?The initial reports stated something totally different - the officer said Mr Scott attacked him and tried to use his Taser on him. But somebody was watching.'

Scott's brother, Anthony, spoke after his brother's death. He said Walter had a fiancée, two siblings and four children.


Footage then seems to show Slager jogging back to the point where the Taser fell to the ground, bringing it over to Scott's body and dropping it next to him.

As soon as paramedics arrived, they pronounced Scott dead at the scene.

Within hours of the footage emerging authorities files the murder charges and arrested Slager.

Keith Summey, the mayor of North Charleston, termed the killing a 'bad decision' at a press conference announcing the charges. 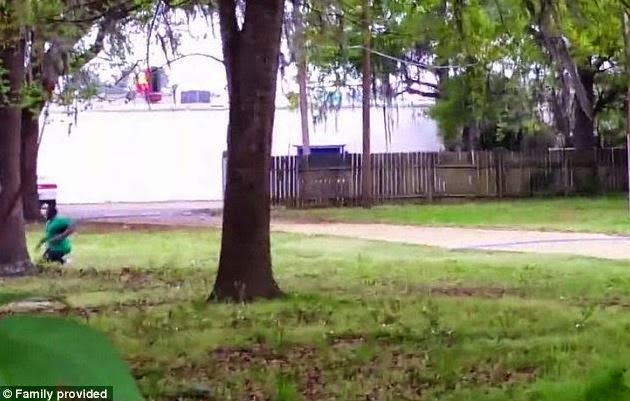 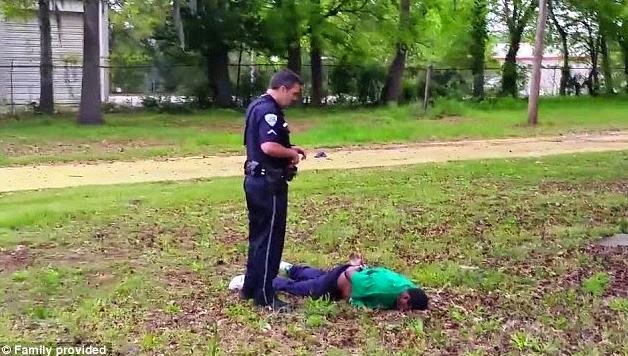 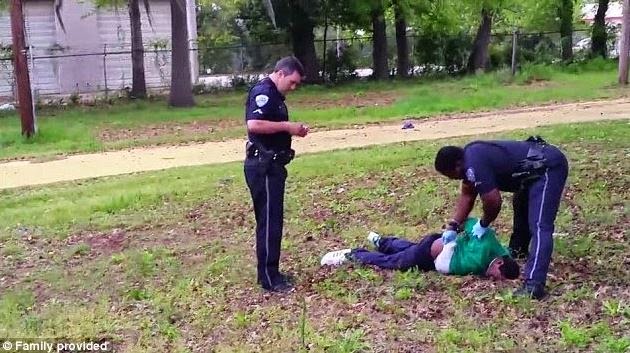