''Why I Conceded Defeat to Buhari'' – Pres Jonathan 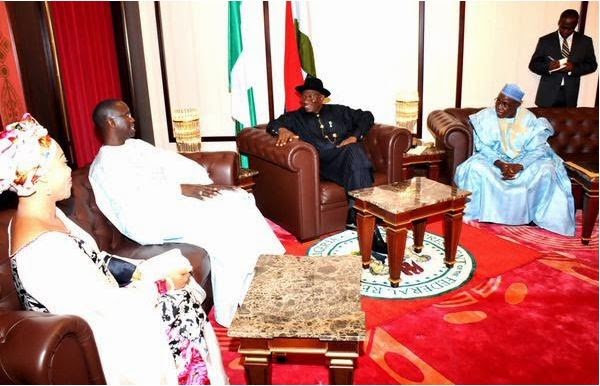 President Goodluck Jonathan has defended his decision to concede defeat to Muhammadu Buhari in the March 28 election, saying he was concerned about allowing his personal ambition scuttle a democratic system he helped nurture, with the likely consequence of a “collective tragedy”.

Mr. Jonathan said this on Thursday, according to PremiumTimes, during separate meetings with the new ambassadors of France, Senegal and Ethiopia. He was responding to commendations for his decision to promptly accept defeat after it became clear Mr. Buhari had won the polls. He said:

“Democracy has to be nurtured to grow. Strong democratic institutions are the backbone and future of our democracy. They must be protected and nurtured. As for me, as a matter of principle, it is always the nation first.

You need to have a nation before you can have an ambition. It should always be the nation first. You don’t have to scuttle national progress for personal ambition.

Since I assumed duty, I have been involved in quelling political crisis in some African countries and I know what they passed through and what some are still going through. If you scuttle a system for personal ambition, it becomes a collective tragedy.’’

Mr. Jonathan urged world leaders and international institutions to give their fullest possible support to the incoming administration of Buhari. He also called on all Nigerians to do their utmost best to help the incoming president succeed in leading the country to greater heights of accomplishment.

The president appealed for patience, understanding and cooperation, which, he said, Mr. Buhari will need to move the country forward to greater, peace, security and progress.

The ambassadors also commended President Jonathan for setting a record of humility, patriotism and courage in safeguarding the democratic process in Nigeria and Africa.