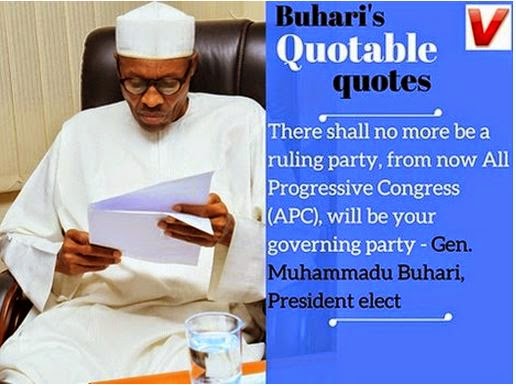 The World Bank has thrown its weight behind President-elect, General Muhammadu Buhari, to probe the rot in the Nigerian National Petroleum Corporation, NNPC, over allegations of missing funds.

“One norm that has to change is the norm of impunity. I am from Brazil myself. So I am also used to a country where people could be corrupt and escape justice. That keeps the people to keep doing it.

“So, the current stand of the government-elect to look into what happened in the past hopefully will have consequences for the future. And those consequences will be that institutions will be stronger; norms will be cleaner and people will not have to steal millions of dollars from the Nigerian National Petroleum Corporation.

“People have alleged in the past that there had been major corruption scandals there. If that stops, then that will have very high returns in terms of the money staying around to be spent on education, health, roads and power that the poor people across the country need.

“So, my sense is that it will be good to promote cleanliness in politics.”

The World Bank’s Chief Economist for Africa, Mr. Francisco Ferreira, said looking into financial records of the country, especially allegation of corruption at the NNPC, would check impunity and build public institutions in the future.

Answering question on some other African countries that have elections between 2015 and 2017, Ferreira said there was no need to be afraid, adding that the fear of elections would drive away investments from the region.