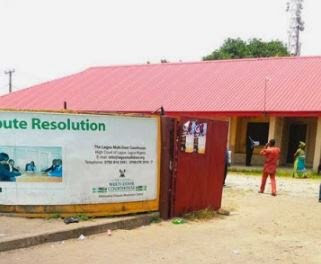 A 14-year-old girl, Jibola (pseudonym), has said she willingly had sex in a hotel on Omotolu Street, Amukoko, Lagos State, with one Abib Muftau, who had been dating her since 2014.

The girl made the confession after the police arrested 19-year-old Muftau, for unlawfully having a carnal knowledge of her.

The suspect was also accused of conniving with one other person at large, around 7pm on May 2, to detain the girl at his residence on Adejinyan Street, where he reportedly had another round of sex with her.

Punch Metro gathered that the minor returned home late on the fateful day and was quizzed by her mother. It was learnt that she eventually divulged her whereabouts to the mother, who reported the incident at the Amukoko Police Station, leading to Muftau’s arrest.

The police said Muftau made love with Jibola sometime in October and December, 2014, without her parents’ consent. It was also said he lured her into the relationship with a marriage promise.

In her statement, Jibola said she and the suspect had been dating each other for eight months. She also stated that Muftau did not have sex with her under duress.

She said, “I know Abib (Muftau). He lives on Adejinyan Street, Amukoko. He started dating me last year September and since our relationship started, he had made love with me twice. The first time was in a hotel on Omotolu Street, Amukoko. It was one hour he booked for and he paid N500. He only did it once.

“In October, 2014, he had sex with me again in his room when his mother, brothers and sisters were not around. On May 2, I was in the house when he came around evening and asked me to follow him to his house.”

Muftau was arraigned in an Apapa Magistrate’s Court on three counts bordering on unlawful sexual intercourse and abduction.