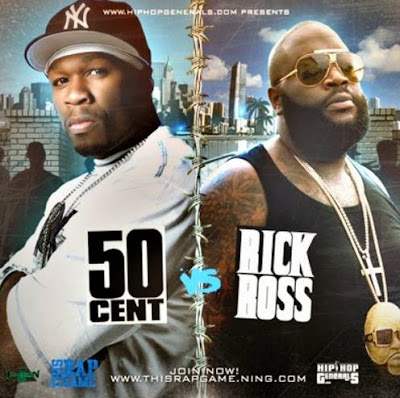 Rick Ross baby Mama, Lastonia Leviston sued 50 cent claiming she was so distraught after he posted the video of her sex tape online to the public and has even contemplated suicide.

Leviston claims in her lawsuit that the guy in her sex tape gave the video to 50 who then posted it online because it would embarrass Rick Ross.

However, 50 has turned around and filed a lawsuit  against Rick Ross claiming he leaked the sex tape which now has millions of views.

He arrived at the conclusion that Rick leaked it because Rick did an interview with a radio station the day before the video was posted in which he said he was going to put the sex tape online.

50 says in his legal docs that if he loses his lawsuit to his ex Lastonia Leviston, Ross should cover most of the judgment because Ross was the one who leaked the tape, not him (50).