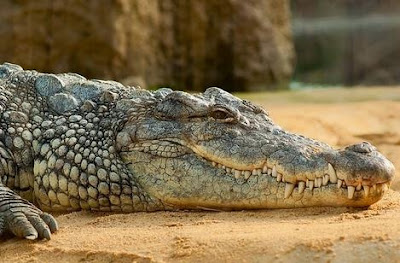 A young boy is dead after running into a river to catch his balloon, police in Mexico said. The boy’s horrified father was forced to watch as a crocodile jumped out from the water and dragged his 7-year-old to his death. According to the police investigation, Manuel Abraham had been playing with a balloon at the Barra Santa Ana river, when it landed in the water. Odd News reports:

When Abraham reached for it, his father watched in horror as the crocodile jumped from the water and closed its jaws around the head of his son.

The animal then dragged him under and disappeared. Fishermen rushed to find the crocodile and the remains of the body, but the search has so far been unsuccessful. The sad father said that he did not know there were crocodiles lurking in the water.

Meanwhile, the Ministry of the Environment has ordered fishermen to clean out the insides of all crocodiles to see if they can find the remains of the boy. 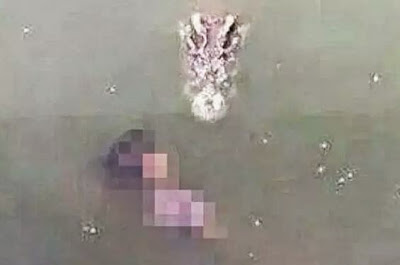