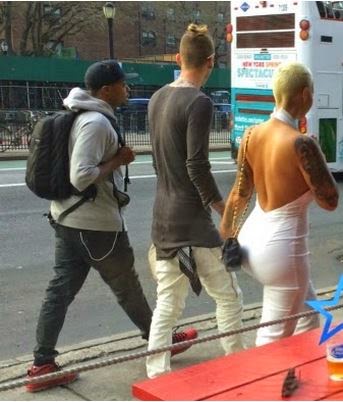 She openly declared a few weeks ago that she wants Wiz Khalifah back but Amber Rose is not waiting around for him to make up his mind. The single mother was spotted holding hands with her new man, Machine Gun Kelly, as they strolled in Manhattan, New York on April 28th.

The two were first spotted together when the rapper picked up Amber from the airport after her trip to the UK. (Photo credit: Bossip)