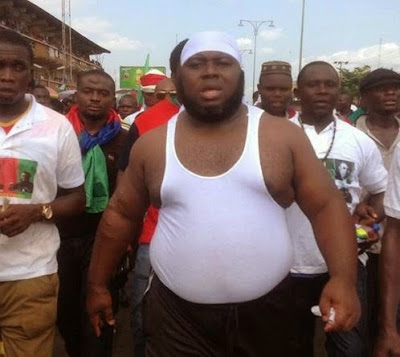 Following the defeat of President Goodluck Jonathan in the March 28 presidential election, leader of the militia group, Niger Delta People Salvation Front, Asari Dokubo, has declared that his group is ready to commence its bloody armed struggle against the Nigerian state.

Asari on several occasion in the recent past promised to make Nigeria ungovernable if Jonathan, an Ijaw man from the Niger Delta, was not voted for a 2nd term by Nigerians. Nigerians rejected him!

Speaking on Sunday at the Major Isaac Adaka Boro’s Memorial event, the militant said the restraining order the Jonathan’s administration had on the armed struggle for self determination of the Niger Delta people has been voided with the emergence of the Muhammadu Buhari government. 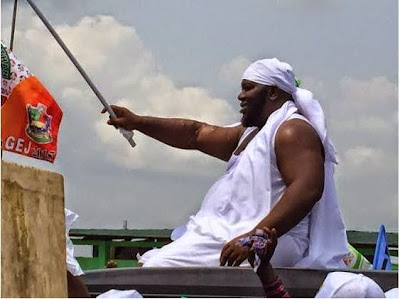 He said a new phase in the struggle will soon be unveiled​,​ but ​that militants ​will wait for the new government to “draw the first blood.”

“Yes, a new government begins in Nigeria and a next phase of our struggle shall begin also,” he said. “Jonathan Goodluck Presidency was like a restraining order now that restraint is lifted. However, we will watch and wait, let them draw the first blood and we shall determine our best way forward. Truly Nigeria will never be the same again the future is pregnant.”

He said the posturing of the incoming Buhari-led administration suggests that it will extinguish whatever is left of the Niger Delta struggle. He added he is ready to die in war or in prison if the in-coming government attempts to trifle with the struggle for self-determination of the oil-producing region or treat it as a conquered region.

“Should Buhari whom like pharaoh has determined in his heart to turn desolate the Niger Delta region, draw the first blood by undermining certain interest of the region then begin the systemic arrest, maiming and murder our comrades, continue the confiscation of our rights to self-determination and treat the region as a conquered region, then it may be honourable for some of us to die in prison or in the field of war as nobody is afraid of him,” Mr. Dokubo said.

Asari took a swipe at other Niger Delta militants that have declared their readiness to work with in-coming government describing them as “petty penny merchants” and “field slaves” who have fled the battlefield.

He further called on Niger Delta youth to resist any attempt to treat the region as a defeated region.

“Let it be known that we were not defeated,” he said. “It was Jonathan and his party that lost an election. We as a people, indeed the Niger Delta region alongside the Igbos were never defeated. We collectively rejected the born to rule and supremacist agenda which some of our brothers as field slaves and taskmasters supported yet their number shows that they are of little consequence, we must however not take them for granted.”

He also took a swipe at Jonathan, saying the president is merely a beneficiary of the Niger Delta struggle but not a part of the struggle and thus cannot understand the real intent of the struggle, which, he said is to secede from Nigeria which he described as “a false and forced colonial union.”

“Our struggle indeed is about our collective freedom from a false and forced colonial union that has remained divided and un-integrated. It is about our being conferred a slave status and seen as a conquered people who must exist at the mercy of the overloads and supremacist class using our own brothers as taskmasters against us in a Nigerian union."

But the same Asari amassed wealth from the multi-billion naira pipeline contract awarded to ex-militants by the Jonathan administration as part of the amnesty deal.