Boko Haram Returns, Kills​ many in Deadly Attack in Adamawa 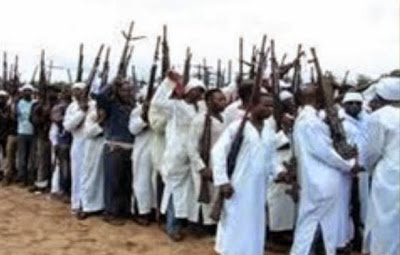 These bad guys are still out to draw blood. No fewer than 20 people were feared killed in a renewed attack by dreaded Boko Haram on Ajiya Wagga village in Madagali LGA in northern Adamawa state.

The insurgents attacked Sabongari town leading to the death of one person while six women were abducted. A fleeing resident of Ajiya Wagga, Timothy Wagra, said the insurgents struck in the middle of the night while the villagers were asleep and started shooting sporadically, in the process killing many.

“Many people are still in the bush as they fear another attack by the gunmen while some fled to neighbouring villages.”

Reports say many villagers have sustained various degrees of injuries and are being evacuated to hospitals for proper medical attention. The council chairman Maina Ularamu confirmed the incident.

“At least ten people were killed during the attack,” he said. “The insurgents arrived the village around midnight on Saturday and shot several people.”

Spokesman of the Adamawa State police command, Othman Mohammed​,​ said the police command is on top of the situation and will furnish the media with more information as they come in.