Buhari and Osinbajo Declare their Assets 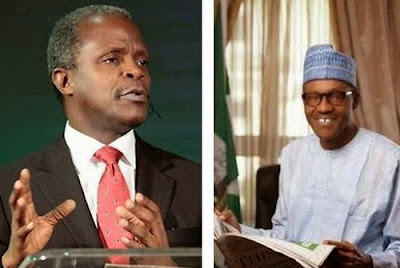 President Muhammadu Buhari and Vice President Yemi Osinbajo have declared their assets in line with provisions of the Constitution of the Federal Republic of Nigeria. This was contained in a statement issued on Saturday by Buhari’s Head of Media Team, Garba Shehu.

The forms, the statement said, were submitted separately on May 28 and signed for by the organisation’s Chairman, Sam Saba. It said:

“The Nigerian Constitution states in Chapter VI Section 140, that a person elected to the office of President shall not begin to perform the functions of that office until he has

declared his assets and liabilities as prescribed in the Constitution.”By declaring their assets, theNation reports the statement said that President Buhari and Vice President Osinbajo may have not only fulfilled the requirements of the Nigerian Constitution, but also fulfilled the first of their many campaign promises.

It noted that while seeking election into the highest office in the land, the President had promised Nigerians that he would publicly declare his assets as soon as he took over government.