Buhari must start his administration by jailing thieves – Kokori 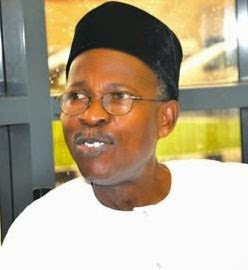 Human rights activist, Chief Frank Kokori, says the President-elect, Muhammadu Buhari, should start his administration by prosecuting and jailing looters as soon as he's sworn in on May 29.

Kokori, who is a former General Secretary of the National Union of Petroleum and Natural Gas Workers, said this on Thursday.

The activist said by immediately prosecuting looters, Nigerians would have an idea of what the Buhari administration stands for and change would gradually set in. He said,

“You cannot change everything in four years but when Nigerians start seeing little changes in three to six months and then in one year and you see people being prosecuted and jailed for stealing public funds, and the government ensures that all the funds that were taken overseas are recovered, there is no way the needed change will not come.

“Why should Nigeria have up to $250bn in stolen funds abroad and only $35bn in our foreign reserves? The international community is aware of this and the incoming government is not foolish. Anybody that thinks he has stolen and will go scot free must be deceiving himself because if any thief goes scot free, then the All Progressives Congress-led government is not serious.

“So, the APC government must make sure that Nigerians that stole money are prosecuted and jailed while the money should be retrieved. Nobody should run a government by saying you will forget the past, no. The way Nigeria is today, people must be punished for the pains they have subjected Nigerians to".