Buhari to cancel Jonathan’s contracts to OPC and Militants 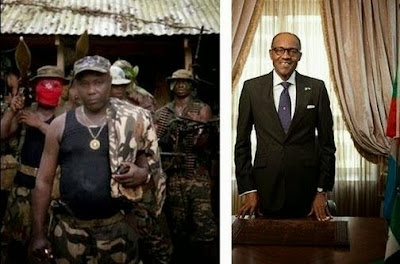 Anyone who thinks that the administration of General Mohammadu Buhari would tolerate the surveillance of oil pipelines and waterways by private individuals or groups should better think again as there are now plans to discard the practice and revert to the use of conventional security agencies.

Vanguard’s investigations during the week indicated that already some highly placed persons in Buhari’s camp with military and security backgrounds have begun to fashion out ways that would facilitate the process.

“And from what I know of the incoming president, he will not waste a day to cancel those contracts because these are the reasons why Nigerians rejected the PDP government. Because, they did things that should not be done. They did things without recourse to the law.

“They did things with impunity and knowing Buhari as a man who abhors impunity; a man we can say is one of the incorruptible persons, I will be surprised if he does not revoke contracts that were wrongly awarded if he sees them”, said APC B-o-T member.

It was gathered that the man behind the process was a Director in the All Progressives Congress, APC, Presidential Campaign Organisation.

His briefs included to liaise with experts in the sector and other people with rich legal background to work out the template for the new surveillance policy.

When this is completed, the incoming administration, we gathered, would further equip the Nigerian Armed Forces, especially the Army and Navy, as well as the police and the Nigerian Security and Civil Defence Corps, NSCDC and hand them over the job of protecting the oil pipelines and other installations both onshore and offshore.

The implication of this however, is that Buhari’s government would stop the contract with some former Niger-Delta militants or groups like the Odua People’s Congress, OPC in the South-west region which the Jonathan administration had awarded such contracts.

The contracts to ex-militants to police Nigeria’s waterways runs into billions of naira, the money, experts say should have been invested in the Navy to perform the role.