Chinese billionaire takes 6,400 staff on holiday to Paris; costs him about $50m 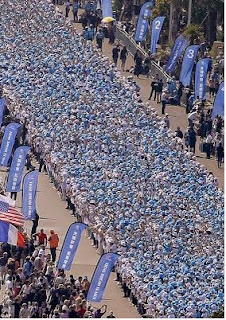 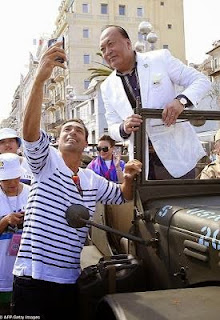 Chinese billionaire, Li Jinyuan, the chairman Tiens Group Company, has taken 6,400 of his staff on a 4-day holiday to France which finished with a world-record breaking human chain in Cote D'Azur.

According to Mail Online, Jinyuan, 57, (pictured right in white) booked up 140 hotels in Paris where the group visited the Louvre and various cultural sites in one of the world's most famous and revered cities. The huge group of tourists then made their way to the glamorous Cote D'Azur, where they booked 4,760 rooms in 79 four-and five-star hotels in Cannes and Monaco.


It took 147 buses to take the tourists from their hotels to the Promenade des Anglais in Nice, where Guinness World Record officials where on hand to validate the world's biggest ever human chain.

The 6,400 employees arranged themselves to spell out the phrase 'Tiens' dream is Nice in the Cote d'Azur', to celebrate 20 years of partnership between the Chinese company and the French region.

France is expected to be 33million Euros better off thanks to the all-expenses-paid staff trip.

The group were expected to spend 13million euros in Paris, home of the Eiffel Tower, the Arc De Triomph and The Louvre.

Nice was expected to be 20million better off thanks to the visit - and many of the guests stayed in hotels Cannes, where the famous film festival is to be held next week, and Monaco, long known for being a playground of the rich and famous.
Li Jinyuan, 57, is listed as a billionaire on the Forbes rich list and took more than half of his staff to the region to celebrate the 20-year anniversary of the founding of the company. 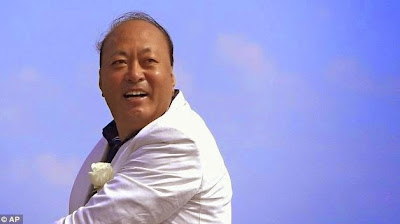 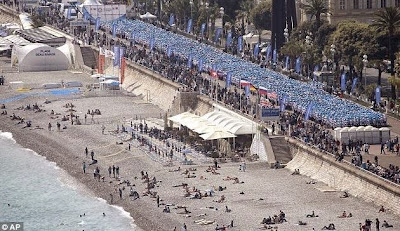 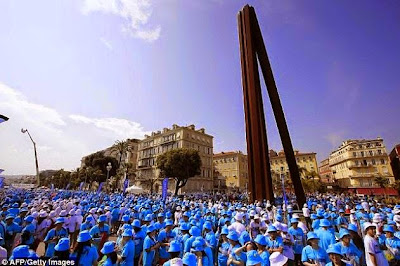 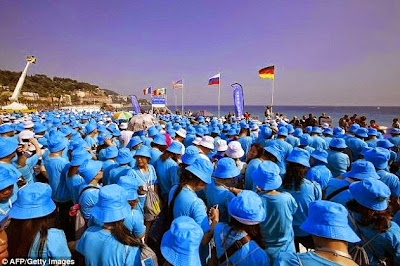 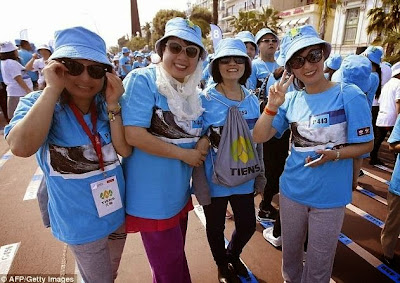 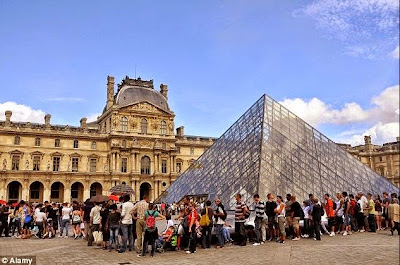