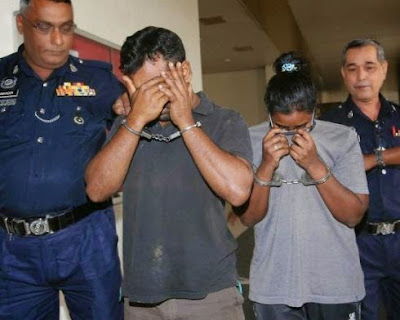 A married couple in Malaysia have been jailed for allegedly stealing more than £20,000 from the bank accounts of four passengers on missing flight MH370 in the months after the plane disappeared.


sponsored post
The bank discovered the withdrawals during an accounts audit in July last year, four months after the Malaysia Airlines flight vanished on its way from Kuala Lumpur to Beijing with 239 people on board.