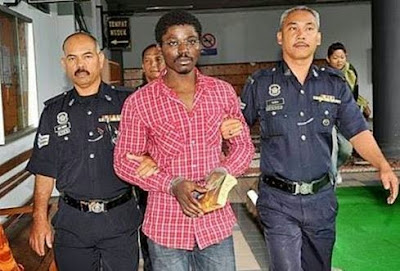 Do you know why people carry drugs with impunity in Nigeria? It is easy for them to escape prison:

Chairman/Chief Executive of the National Drug Law Enforcement Agency, NDLEA, Ahmadu Giade, has come out to revealed that a cartel comprising some court clerks and prison warders aided 197 convicted drug traffickers to evade serving their sentences.


“The Police investigated the case and confirmed my findings that 197 drug convicts were left off the hook with the connivance of some court clerks and prison warders” Giade explained that “statutory, NDLEA has no business taking care of an accused once the person had been arraigned and remanded in prison custody. The Agency discovered that the criminal act took place between the court and the prison after an accused had been sentenced.


“This is a wake-up call for stakeholders to remain sensitive and prevent any act capable of undermining the criminal justice system. We must continue to discharge our responsibilities without compromise from the time a case is reported to when a convict completes serving the prescribed punishment by the court.”

The NDLEA boss disclosed this while supervising the destruction of illicit drugs valued at N3.5bn at Ibereko area of Badagry in Lagos.

Giade, who accused prison officials and court clerks of criminally aiding the release of notorious drug traffickers added men of NDLEA uncovered this plot when a drug convict who ought to be in prison was re-arrested while attempting to smuggle drugs at the Kano airport.

According to him, a cartel that aided 197 convicted drug traffickers to evade serving their sentences was detected by my men.

This is a crime that must be fought by all. “Drug trafficking is a transnational organised crime capable of undermining global security. This has degenerated in some regions of the world into political and social instability with negative impact on the rule of law, human rights and economic development. In some cases, illicit proceeds of opium and cocaine smuggling are used in funding acts of terrorism and insurgency.”