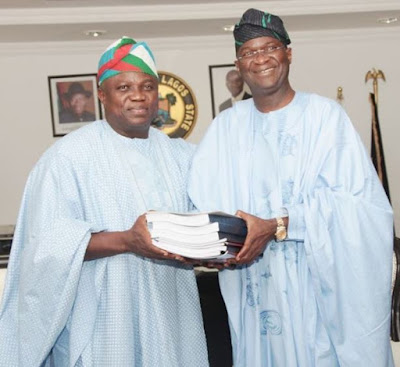 The Lagos chapter of the Peoples Democratic Party has described the performance of former Governor of Lagos, Babatunde Fashola, as dismal and largely based on propaganda.

In a statement issued by its Publicity Secretary, Mr. Taofik Gani, the party stated that it did not expect Ambode to act differently in terms of running his administration based on propaganda.

“While we hope the best for Lagos State, it is our objective projection that Mr. Akinwunmi Ambode may not depart from the propagandist government now institutionalised in the state by Governor Fashola.It is, however, our wish that the state prospers and so we admonish Ambode to get close to God and jettison ‘godfatherism’ in order to make any appreciable success. By upholding this tenet, Mr. Ambode will implement policies for the people and not continue in the manner that (suggests) the state economy is in the hands of a godfather.

“With monthly internally generated revenue of at least N27bn, no governor should fail in Lagos state. But former Governor Fashola left office leaving the state with the highest local and international debt profile in the federation. The former governor failed because of his over-dependence on a godfather and his own self-believe.”

According to the Lagos PDP, there are many projects and policies abandoned by the Fashola administration.

“Such include, lack of affordable low-cost housing, balkanised civil service with no minimum wage, unresolved Lagos State University crisis, economic and human rights violations. Others are shortage of road networks, hostile business environment, inability to bring down cost of living in the state, poor primary and secondary education standard, to mention a few,”

The party expressed confidence that through the ongoing governorship tribunal, its candidate, Mr. Jimi Agbaje, might be declared the winner of the April 11, 2015 poll.

In a text message sent to our correspondent in response to PDP’s assessment of Fashola’s tenure, Hakeem Bello said,

“It’s ironic that the PDP, a party that failed woefully at the national level could issue such a statement.”

Responding through a text message, the Lagos All Progressives Congress Publicity Secretary, Mr. Joe Igbokwe, said that the party should not be taken seriously.

“Are you still listening to that dead party? Please stop wasting your precious gift of time on this totally irredeemable party that destroyed Nigeria. Did PDP in Abuja accomplish half of what Fashola accomplished in Lagos given the resources at their disposal? PDP Lagos should shut up forever in Nigeria. They gang- raped Nigeria for 16 years and posterity will never forgive them,” Igbokwe told Saturday PUNCH. 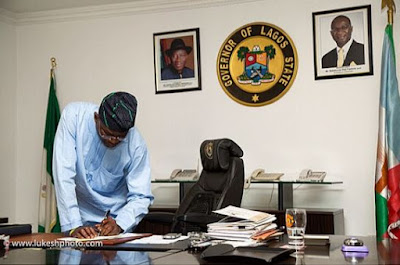 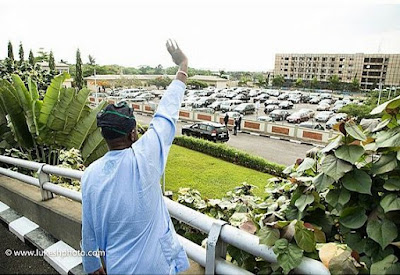