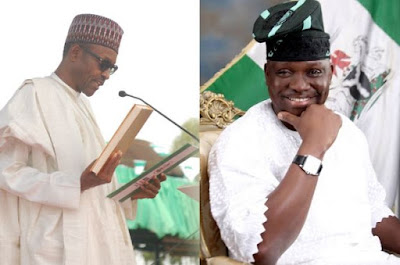 “the content of the President’s speech showed a man who is desirous of making a success of his administration.Nigerians, including those who voted and did not vote for President Buhari were eagerly waiting for his inaugural speech.

The speech, if followed in practice, shows that he is ready to govern Nigeria and it is a sign that the president is ready to live above board and lead a government that accommodates all.

“It is my prayer that the Almighty Allah will grant our president the courage and wherewithal to make a success of his administration and further deepen democratic governance, especially in a confederation like Nigeria, by sustaining rule of law,”

He also hailed the immediate past president, Dr. Goodluck Jonathan, describing him as a good democrat.

“With what Dr. Goodluck Jonathan did, history will never forget him as the man who laid an enduring foundation for democracy in Nigeria.”

He said Friday’s event midwifed by Dr. Jonathan and President Buhari proved to the whole world that the black people of Africa were capable of piloting their own affairs.