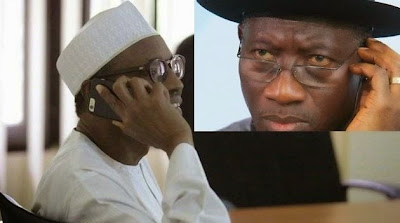 The Federal Government has warned the incoming government of the President-elect, Muhammadu Buhari to avoid reversing the privatisation of the power sector carried out by the outgoing administration.

“On privatisation, ‎I think the incoming government will be ill-advised to ‎reverse privatisation and liberalisation of power generation, transmission and distribution because any attempt to do that would be to set Nigeria back many decades.

“The gains of privatisation are very obvious. If we can solve the problem of gas like we are talking about energy mix, we are not just going by gas we are doing hydros.

“It was this same administration that flagged off Zungeru hydro power plants for 750MW and it is in the bid to flag off Mambilla 3,050MW. Shiroro has been improved, revamped, Kanji revamped and improved, the same as Jebba.

“So, there is a lot of work being done by the government; however to turn back on privatisation would mean stopping all of these companies and then reversing the massive in flow of investments coming into the power sector.

“Nigeria’s power consumption per capita is one of the lowest in the world and that is part of the efforts of government to reverse that. So I ‎don’t think it is in the best interest of the country to reverse privatisation.”

Minister of Power, Prof. Chinedu Nebo, said this in an interview with State House correspondents after the weekly Federal Executive Council meeting.

Nebo also attributed the poor power supply being witnessed across the country to those he called demon-possessed Nigerians who he said derive pleasure in vandalising gas pipelines for no just reason.

He lamented that he had never in his life seen anything “frustrating ‎as what we are experiencing today.” The minister said there were days he felt like crying over vandalism.