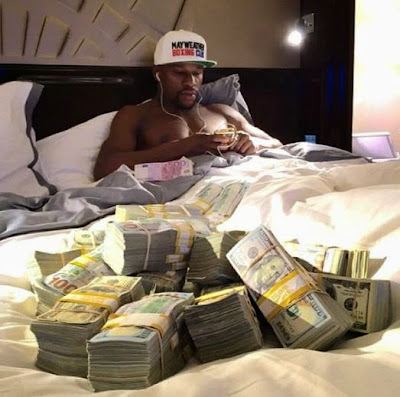 Yesterday, Floyd Mayweather won the fight of the century but was hit with the realization that, he is not as loved as his opponent, Manny Pacquiao.. Many blame it on his incessant show offs.Floyd for the first time in history has decided not to rub his success in people's faces..No tweets, no instagram posts and,unlike in the past, he refused to show off his $100m cheque on Saturday night.

But speaking to a reporter from the Associated Press last night after the fight, Mayweather who categorically refused to show off said


'No pictures, though - don't want any pictures of it' 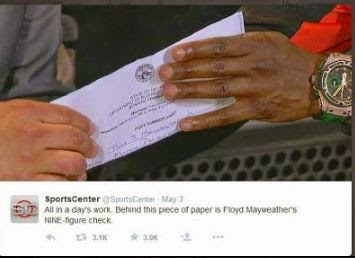 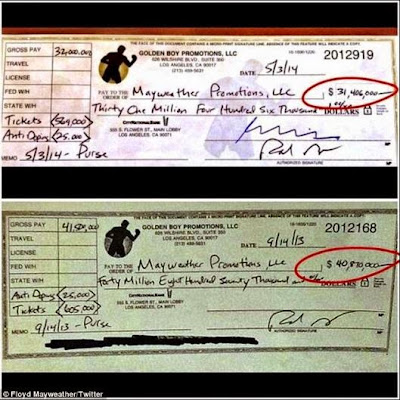 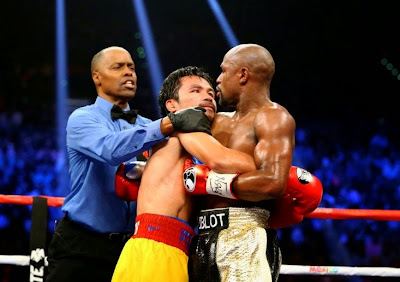 Maybe the criticisms Mayweather received from Manny's fans for running during the fight is hunting him in his sleep....lol