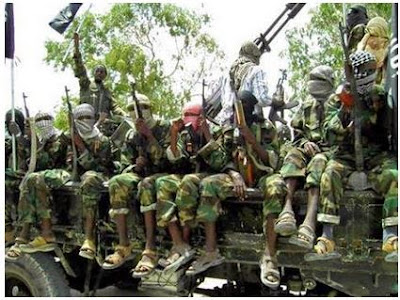 Some prominent northerners including the former Chief Justice of Nigeria, CJN, Mohammed Uwais and Secretary to the Government of the Federation, SGF, Ambassador Babagana Kingibe and former Nigerian Ambassador to the United Nations, Ibrahim Gambari have asked the President -elect, General Muhammadu Buhari, rtd, declare amnesty for Boko Haram Insurgents when he takes over power on May 29.


However, Second Republic lawmaker, Dr. Junaid Mohammed, dismissed the call saying it would amount to rewarding criminals instead of punishing them for crimes against humanity.

They also asked Buhari to give priority attention to the special economic programmes for the North East geopolitical zone which had been ravaged by the Boko Haram terrorists, just as they warned against the scrapping of the on-going amnesty programme for ex-militants in the Niger Delta region.

These were contained in a communiqué issued after a two-day conference with the theme: “Security and Governance Challenges in Africa’s largest Democracy by the Savannah Centre for Diplomacy, Democracy and Development, SCDDD, as part of its “Nigeria Beyond 12015 Project,” in Abuja yesterday.

They also called on the Federal Government ‘’to expedite action on the compensation of victims of Boko Haram terrorism and insurgency through the established and funded Victims’ Support Fund,’’ and for urgent priority attention to the special economic programme for the North East by the incoming administration, just as they condemned ‘’the carnage, devastations and displacements, which the Boko Haram group inflicted upon many innocent Nigerians in the north east region.’’