I Know Buhari will Persecute Me and My People – Jonathan 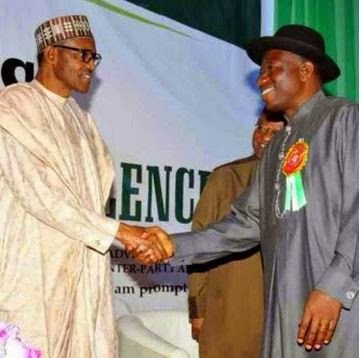 President Goodluck Jonathan on Sunday gave an insight into the fate that awaits him under the government of the President-elect, General Muhammadu Buhari, saying he and ministers as well as other aides who served under him would be persecuted.

He said he and his ministers would have hard times because of some critical decisions they took while in office.

Saying that hard decisions have their own cost, Jonathan said he was ready to pay for some of the costly decisions he took while in charge of the country.

He spoke at a thanksgiving and farewell service organised in his honour at the Cathedral Church of the Advent, Life Camp, Gwarinpa in Abuja.

Jonathan who was accompanied by his wife, said considering what God had done in his life, he wished he could dance like the biblical King David but he kept missing his steps whenever he made attempts.

He said only a few Nigerians within his age bracket were as lucky as he is because he had not suffered any lack, not because he is hardworking but by the grace of God.

He said after reflecting on the benefits which included the scholarships he enjoyed in school and the various political offices he had occupied, he should be able to do anything in the interest of the country, including paying the supreme price.

Jonathan said, “I want to thank God for what he has done for me and my family. I wish to dance more than David, if I tried to dance, I missed my steps.