Home Gossip News Indian nurse who's been in a coma for 42 years after being raped in 1973,dies

Indian nurse who's been in a coma for 42 years after being raped in 1973,dies 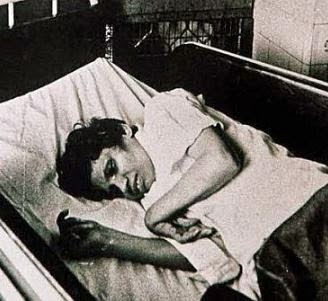 Aruna Shanbaug, who became the face of a debate on euthanasia after being in a vegetative state for more than four decades following her brutal rape in 1973, died in Mumbai’s KEM Hospital on Monday after a bout of pneumonia.

According to the Hindustan Times,Shanbaug was a staff nurse at the KEM Hospital when she was attacked by sweeper Sohanlal Bharta Valmiki on the evening of November 27,1973. To immobilise her, he wrapped a dog chain around Shanbaug’s neck and yanked her back with it. Valmiki tried to rape her but sodomised her after finding that she was menstruating.

When Shanbaug was found the next day, doctors realised that her brain was damaged because the chain had cut off the supply of oxygen.

The cortex and some other parts of her brain were damaged.

After the brutal assault, Shanbaug – who belonged to Haldipur in Karnataka – did not have many visitors. Even her relatives stopped visiting after some years. Her sister Shanta Nayak, the only relative in Mumbai, died in September 2013.

The KEM Hospital’s nurses had been taking care of her. Nurses and doctors visited her on her birthday on June 1. "No one from her family has visited her," Supe said earlier.

Nurses and doctors who were in contact with Shanbaug said she was not aware of her surroundings but she recognised the presence of people.

In December 2013, Shanbaug was admitted to the hospital's intensive care unit for a lung infection. At the time, her health improved and she was shifted back to the small room near ward number four which had been her home for 42 years.

Her rapist Valmiki served a seven-year sentence in prison after being convicted of robbery and attempted murder but not rape as an official deleted parts of her medical report that showed Shanbaug was sodomised.

At the time of the assault, Shanbaug was engaged to Sundeep Sardesai, a resident doctor in the KEM Hospital. Sardesai waited for her to revive for four yearsbut later married and settled abroad