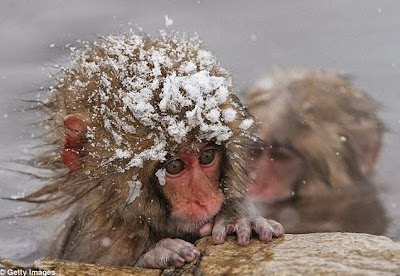 A Japanese zoo has been forced to apologise for naming a baby monkey Charlotte after the Royal Princess following floods of complaints that the name was disrespectful.

According to Mailonline,Mount Takasaki Wild Monkey Park asks the public to vote for the name of the first Macaque monkey born every year and announced on Wednesday that it would be named Charlotte.

It was the most popular choice but the name hadn't received a single vote before Monday, when the name of the Royal Princess Charlotte was announced.

Since then, the zoo has since been flooded with complaints that it's disrespectful to the British Royal Family.A zoo official said:

'The name was publicly solicited and Charlotte suddenly became the most popular choice with 59 votes out of the total 853 after the British baby princess's name was announced.

'There was no vote for 'Charlotte' before the Monday night announcement.'Since we announced the name we've been receiving calls and emails from people mostly complaining that it is rude to British people to give a monkey the same name as a member of their royal family.