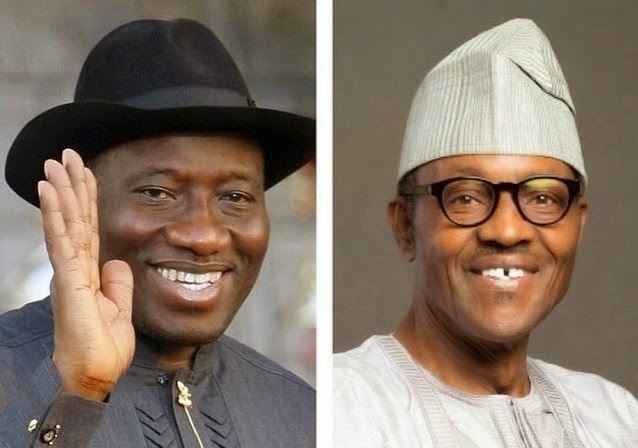 President Goodluck Jonathan was said to have questioned the March 28 presidential elections which proclaimed General Buhari as the winner.

Punch reports that President Jonathan on Thursday, questioned the results of the March 28 presidential election, saying “the Peoples Democratic Party couldn’t have got those kinds of scores” it had in some places.

While speaking shortly after receiving the report of the Senator Ahmadu Ali-led PDP Presidential Campaign Organisation at the Presidential Villa, Abuja, Jonathan however advised that since the general elections were over, the country must be allowed to move forward. He said that apart from himself that quickly conceded defeat to the All Progressives Congress candidate, Muhammadu Buhari, many PDP members also made sacrifices because they were persecuted in the course of electioneering.

Jonathan said, “The problem is not whether we lost the elections, that is history, but how do we consolidate our party and move forward? If we are committed and we work hard, definitely the PDP will bounce back. The PDP is still the dominant party. If you look at the results, the difference is just 2.5 million votes and if you look at the areas where it is perceived that the PDP scored so low, the PDP couldn’t have got those kinds of scores but the elections are over, so the country first.

“It is not as if Jonathan alone made the sacrifice, it is all of us. I made the pronouncement but some of us are paying the price. Some people pay more price than I do, I know how some of you are already being persecuted and the kind of situation facing you. The key thing is that we must continue to unite, as a party; we must continue to work hard so that as we go into subsequent elections in 2019, 2023 and so on and so forth, the PDP will continue to come up strong. Even in the interest of the nation, we need the PDP.

The President also made it known that said all PDP members who defected to the APC would return with empty stomachs because the APC leaders would first settle their members before thinking of those who joined them midway. Jonathan added that “food” might have finished before it gets to the turn of the PDP defectors . He however urged all the faithful party members to remain committed to the PDP, adding that even if it was difficult in the beginning; their aim would be achieved at last. The President said, “I encourage members of our party to remain loyal to the party; not to be so disillusioned because we lost presidential election and decide to go where they think they will fill their stomachs or something. It is not easy. I have been here for five years plus, you hardly satisfy even 15 per cent of those who work for you.

“So, those people running and those already cross-carpeting, they will come back on an empty stomach because they will touch the primary members of their party before they get to them. They know you are coming because you are hungry; and before it will get to you, the food will be gone. “So, let us be committed to the party, yes we will have challenges at the beginning but surely we will get to where we want to be.”

The President said although he did not consult before calling Buhari on the telephone to concede defeat, he took that step on behalf of the PDP.

Jonathan likened the 2015 elections to the nation’s civil war, saying people would give different accounts of the event depending on the angle from where they were reporting.

He however said because of his privileged position, he knew about the elections more than any other person. He said the most important thing was not about his electoral loss, but the need to consolidate the party and move forward. He said, “The issues of this 2015 elections will be similar to the civil war because different people gave different accounts of the civil war. “The first book on civil war that I read was ‘My Command’ by Chief Olusegun Obasanjo, which is his perspectives on what he saw and observed. I recall (Chukwuemeka) Odumegwu-Ojukwu’s own was ‘Because I’m Involved.’ “I know that the issues of the 2015 general elections, may be after few years when political scientists will write, we will get different perspectives.

“If you ask the various observer groups, each will give you a different perspective. Even among ourselves whenever we talk sometimes I laugh when people draw some of their analysis but by my privileged position, I know a little more about the elections than others.

“But the key thing is not whether we lost or won but that Nigeria as a nation must move forward. Political parties can only thrive when there is peace and stability in the country. If there is military intervention all the parties will disappear.”

The President further encouraged the members saying that despite the loss that the PDP suffered in all the elections, it remained the dominant party in the country. He also expressed joy that countries that brought ships to Nigeria and were waiting to evacuate their citizens in case post-election crisis broke out did not have any reason to do so.

Attributing PDP’s loss to conspiracies and betrayals from people trusted by the party chiefs, the Chairman, Board of Trustees of the PDP, Chief Tony Anenih, said, “There is a lot to be done. We need a very vibrant and strong party that can stand in as a strong opposition party; a party that can stand well in the next election. That party has to be put in place now. I believe that we are on the right path.”

Ali said the lessons learnt from the elections would be used to wrest power from the APC in 2019. He said it was saddening that the PDP lost despite all the energy it put into the electioneering. He also said the report would provide a road map for the PDP to move forward. Ali described the campaigns in the 36 states of the federation as largely successful except for a few incidents in some states.