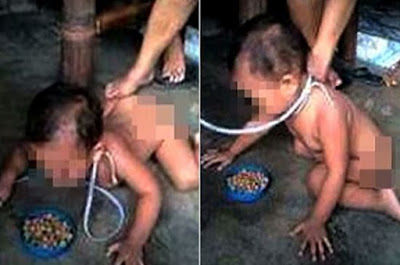 A mother has caused outrage after sharing photographs on Facebook of her son tied with a dog leash and eating like a dog from a bowl..Despite deleting her facebook page,Philippine authorities tracked her down using location data and have since taken the child into care.The mother is assessed by experts.

Marilyn Tigas, head of the country's Department of Social Welfare and Development DSWD provincial office in Bataan, the Philippines, said that the images were taken while her son and his cousin were mimicking animals.

She said the images were taken and shared in 'jest' - but state officials are not amused.

"Even if it was made in jest, it was done in bad taste. The child does not know that it is just a joke. "No one has the right to treat a child like a toy. Whoever does this can be punished under the law. 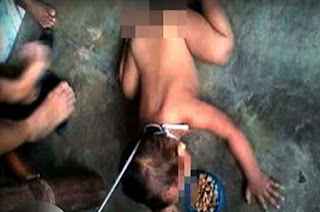