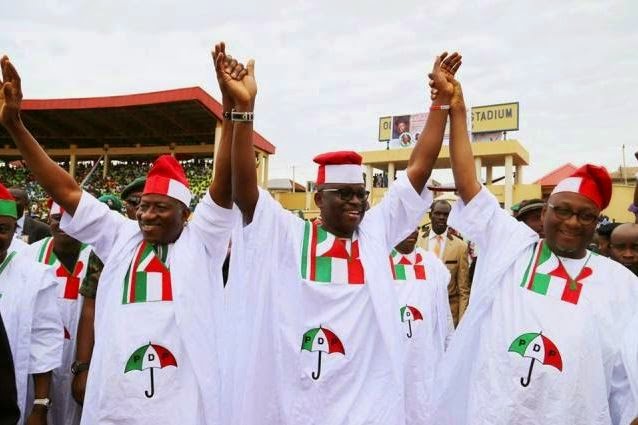 Ekiti state Governor Ayo Fayose says he has evidence to prove that the chairman of PDP, Adamu Muazu sold their party to the opposition, APC before the elections.

In a statement he released through his Special Assistant on Public Communications and New Media, Lere Olayinka today May 5th, Fayose said he wondered why President Jonathan will lose Bauchi state to the APC when the party chairman Adamu Muazu, FCT Mininster and the state Governor Isa Yuguda are from that state. What he said after the cut...

"How do we explain the PDP losing so scandalously in Bauchi State, despite the presence of the National Chairman, Federal Capital Territory Minister and the state governor? I am even more particular about the National chairman because he sold the party to the opposition. I have cogent evidences of his unholy alliance with the opposition before the elections and if they go any further, I will expose all his underhand deals. I want to say it again that I have no apology for calling for the resignation of the NWC members, especially the National Chairman. After all, someone resigned his position as the National Chairman for Alhaji Mu’azu to assume office. Lastly, let me say it categorically that they can only attempt to destroy this party for the moment, not forever. Sooner or later, they will all fade away and PDP will rise again.” the statement read